Wes Anderson has directed H&M’s Christmas advert – and it’s every bit as colourful as you’d expect.

‘Come Together’ stars actor Adrien Brody as H&M Lines Winter Express conductor Ralph, who is forced to tell passengers their train has been delayed by snow and will miss Christmas.

‘My assistant porter Fritz and I will be serving a small complimentary Christmas brunch including chocolate-flavoured hot beverages with whipped topping in the cafeteria section in the rear of the coach starting in 20 minutes,’ he says.

The four-minute advert bears all the hallmarks of an Anderson production with perfect symmetry, intricate sets decked with retro stationery, smooth tracking shots and well-timed zooms.

It’s not the director’s first brush with fashion either. Anderson enlisted designer Marc Jacob to create luggage for his 2007 film, The Darjeeling Limited, and later teamed up with Miuccia Prada on the film Castello Cavalcanti. She also designed a 21-piece luggage set for his hit, The Grand Budapest Hotel, while he created the kitsch interiors for Bar Luce at the Fondazione Prada in Milan.

Read next: From Luhrmann to Lynch – how film directors do interior design 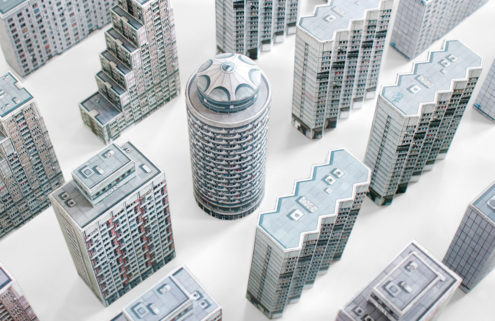