The Maccabees go on a whirlwind tour of Elephant and Castle’s Brutalist architecture in their latest video, ‘Something Like Happiness’.

Directed by Joseph Connor, the video takes us around the area’s concrete wonders – most notably the Aylesbury Estate – projecting them onto an ethereal Narnia-esque landscape.

‘Throughout this whole collaboration, The Maccabees’ main point was to make the mundane seem amazing, the grotesque beautiful and the forgotten prominent,’ says Connor. ‘These are places where people live, families have grown and nature very much has a part to play in the landscape dominated by concrete and high rises.’ 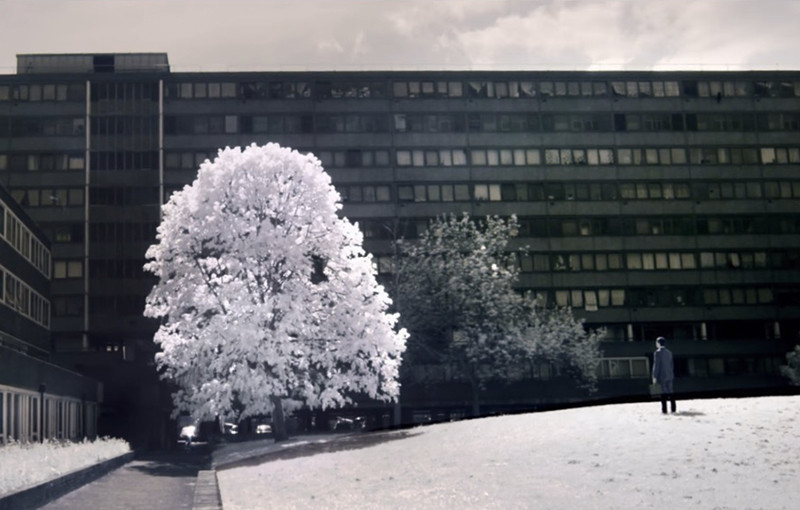 The Aylesbury Estate, designed by architect Hans Peter ‘Felix’ Trenton, was built in 1977 to provide 2,700 homes. It is currently undergoing a controversial phased regeneration programme involving the demolition and rebuilding of residential buildings over 20 years.

Scheduled for completion in 2032, the £1.5 billion project will provide 3,500 new homes, half of which will be affordable.

‘Something Like Happiness’ is the second video in a trilogy directed by Connor for The Maccabees. The first, ‘Marks To Prove It’, also took to the streets of Elephant and Castle. Here’s hoping the third instalment treats us to more of the neighbourhood’s concrete landmarks…