Open to the public after decades of lying derelict

Three hundred years ago New Holland Island was a thriving shipyard, a perfect triangle of land carved out of the banks of the Bolshaya Neva River, featuring canals and elaborate docks. With this island – so called because of its resemblance to waterlogged Amsterdam – Peter the Great built the burgeoning St Petersburg into a naval powerhouse.

From this week onwards, New Holland (as it is now called) will help turn the city into a cultural powerhouse, defined by avant-garde art – instead of Hermitage relics or Fabergé eggs.

The reinvigorated New Holland opens to the public after nearly a century of postwar decline. Among its attractions are vast gardens, pristine brick terraces and a schedule of contemporary-art exhibitions in restored warehouses.

The inaugural show, titled Experiences of the Imaginary, features the work of nine emerging Russian artists recommended by Daria Zhukova, founder of the Garage Museum of Contemporary Art in Moscow and the island’s de facto creative director.

Much of that work – displayed in a new light-filled pavilion – comes out of the Garage Museum’s grant programme.

Zhukova has for years been testing the viability of a cultural hub on these 2.2 hectares. In 2011 she staged a summer exhibition series among the old red brick buildings. Its success motivated the island’s owners – the non-profit organisation Iris Foundation – to hire the Dutch landscape designers West 8 to revitalise the grounds and help modernise St Petersburg’s image.

That came during a crossroads in landscape ‘starchitecture’, when expensive infrastructure projects were dictated by greenery rather than decorated by it. West 8, led by Adriaan Geuze, followed an approach of physical and symbolic openness, taking the property’s original clandestine purpose and flipping it.

The designers created focal points with rows of mature trees across the expansive central green and brought natural light into heritage architecture, like the restored former blacksmith’s foundry and naval prison. In fields of wildflowers they built a mammoth playground in the image of a historic frigate ship, and opened the three canal-fronts to public recreation and exploration.

Meanwhile, Ludi Architects have created a series of temporary pavilions for hosting cultural events on the island.

In late September, a new art show will be announced to replace the maiden exhibition. A second phase of works on New Holland Island is scheduled to be completed in 2019. 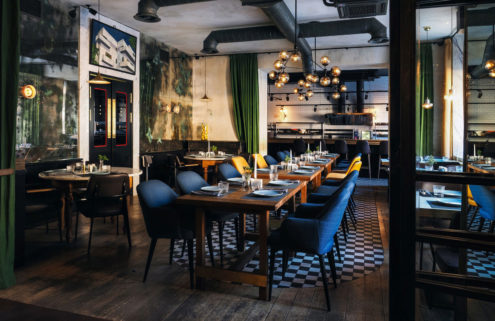 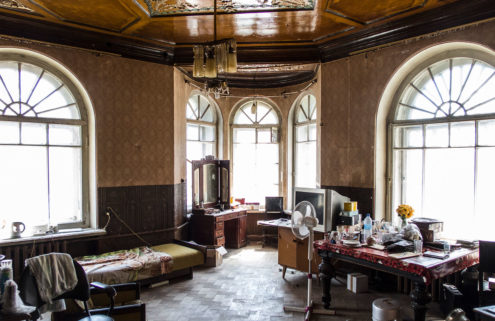 Inside the storied walls of St Petersburg’s communal apartments 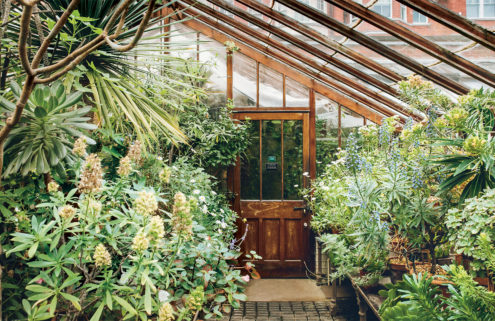