The Museum of London’s proposed move to Smithfield market took a step forward after one of its principal supporters, the City of London, bought the site for £35 million.

News of the purchase follows museum director Sharon Ament’s revelation earlier this year that the institution was eyeing up the Grade II*-listed Victorian meat market to replace its current home at the Barbican.

A spokesperson for the museum welcomed the acquisition. ‘This makes way for us to achieve our ambition to create a new museum for London and Londoners in West Smithfield by 2021,’ he said. ‘It is a great way to end the year.’

The museum will now hold a competition in the New Year for Smithfield’s redesign and press forward with efforts to raise £70 million for the move.

TH Real Estate, which purchased the market just five years ago, sold the site to the City after failing in its bid to transform the market into bars, shops and offices. Government blocked the redevelopment last year because the plans involved the demolition of the roof.

The Museum of London’s current home at the Barbican has been touted as a possible site for the London Symphony Orchestra. 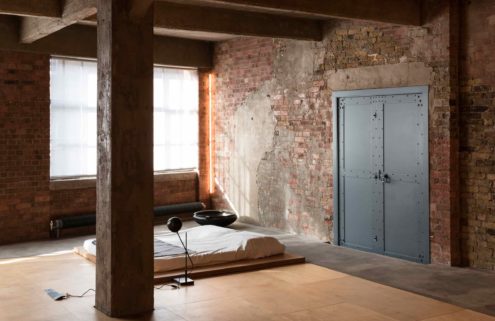