The seven-bedroom house was built in 1929 in a traditional style on the island, which is part of the Stockholm archipelago. It unfurls over 283 sq m, and while its interiors have changed a bit since the actress’ day, rooms inside the yellow house feature high ceilings, glossy wooden floors, and bay windows that look onto the Baltic Sea.

Living spaces are set over the Swedish property’s ground floor, with bedrooms upstairs. The villa also has a full basement level which contains a sauna, guest bedroom (formerly Garbo’s games room) as well as storage.

Greta Garbo – who died in 1990 – was once one of the world’s most famous women, and was guarded about her private life. The island property is suitably cloaked from view by trees and sits on a 10,730 sq m beachside plot, next to Ingarö golf course.

Näsuddsvägen 32 and 34 is now on the market via Wrede, with price on application. It comes with a brewing facility, garage and two smaller outbuildings that could potentially be turned into guest accommodation, according to the agent.

The Stockholm property could fetch well above its valuation… Garbo’s New York apartment (where she spent the last four decades of her life in semi-reclusion) sparked a bidding war last year. It eventually sold for $8.5m in December – 43% more than its original asking price.

Read next: Could this Swedish fixer-upper be your 2018 renovation challenge?

This Swedish country castle is rich with history 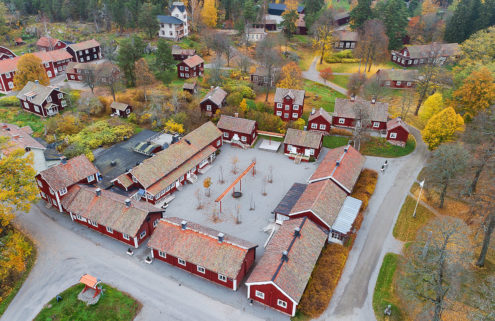 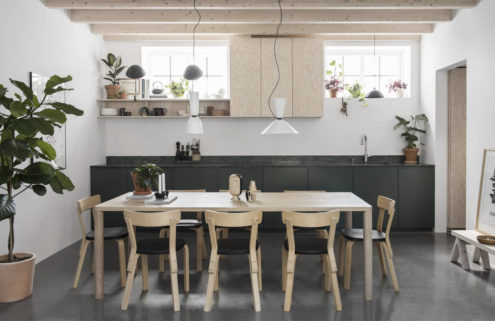