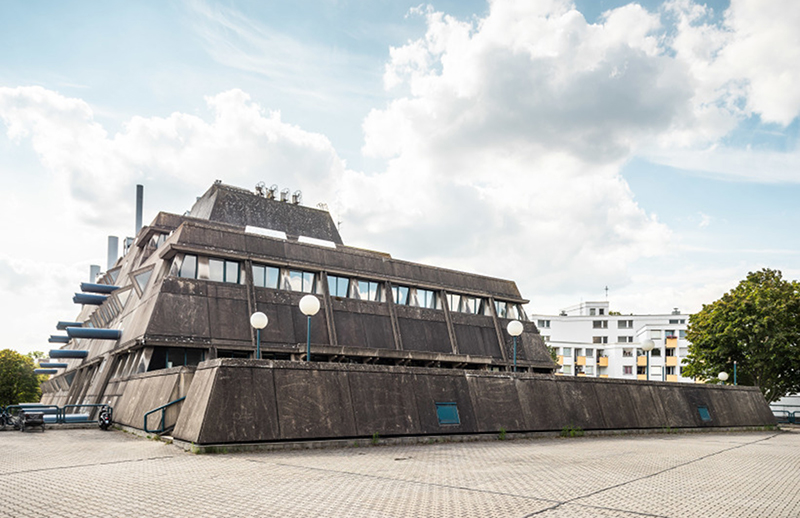 It looks like demolition day is imminent for Berlin’s Mäusebunker building, which has been under threat for years.

According to The Times, the laboratory will be torn down later this autumn, along with the neighbouring Institute for Hygiene and Environmental Medicine.

The brutalist building was designed by Gerd Hänska and is known for its jutting blue tubes and triangular windows, as well its dubious reputation – having been used as an animal testing lab. Many have commented on its austere exterior, which is reminiscent of a grounded spaceship or submarine and is inspired by futurism and Cold War militarism.

It took a decade to construct the lab, which cost around 126 million Deutschmarks – wildly exceeding its original budget of 4 million. Its demolition has been on the cards for the last 10 years, but there is an ongoing campaign to save the building by having it listed. A petition to Berlin’s mayor has attracted over two thousand signatures so far.

Read our guide to Berlin’s most defining landmarks