It’s the stuff of celluloid legend after it featured as the home of serial killer Buffalo Bill in 1991 Oscar-winning film, The Silence of The Lambs. But this property’s grizzly starring role might be putting off buyers… Despite being the second most viewed property on Realtor.com last year, the four-bedroom Victorian property in Pensylvania has failed to sell. A freaky (haunted) tunnel nearby probably doesn’t help its case, but at least the basement pit – where the fictional killer tortured his victims – was actually shot on a filmset. Feeling brave? The New York Times takes a look around. 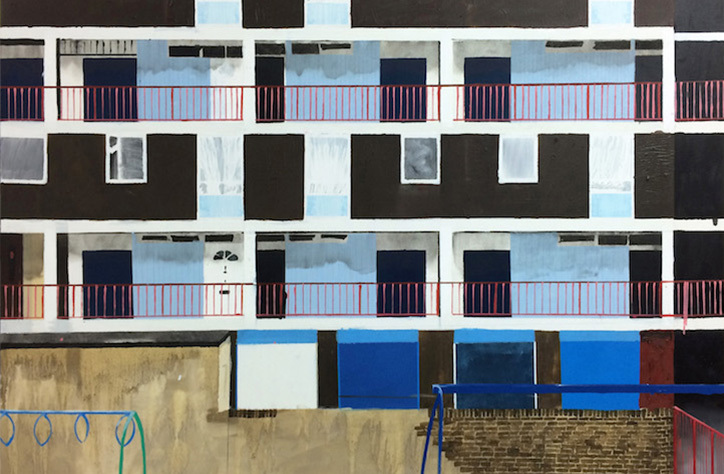 It’s hard to imagine Brutalist architecture ever being seen as ‘exotic’, but for countryside-raised artist Michael Cox, London’s concrete housing estates have a seductive foreignness. He talks to It’s Nice That about his project, capturing the concrete forms of social housing estates on the brink of extinction.

The pressures of modern life mean that most of us, at one time or another, have dreamt of fleeing to the hills, but Angelo Mastropietro has taken it to the extreme. He’s spent £160,000 turning a 700-year old cave in Wyre Forest, England, into his dream home. ‘I’m 38 years old, and I’m a caveman’, he says. Yabadabadoo. 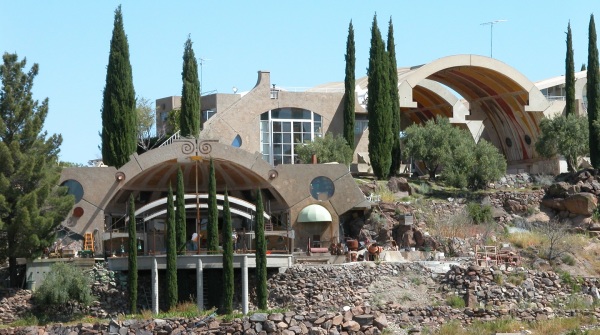 If you’ve never heard of Arcosanti, then you’re probably with the other 90% of the planet. But this sustainable city in Arizona, designed by architect Paolo Soleri in the 1970s, inspired George Lucas’ vision for not one but two Star Wars planets – the Ewok settlements on Endor, and the birthplace of Anakin and Luke Skywalker, Tatooine. Wired Italia explore Soleri’s futuristic community.

From derelict waterpark to winter playground

An abandoned waterpark in New Jersey has been turned into a winter playground for Red Bull’s snowboarding team, who have used its frozen waterslides and steep terrain for freestyle boarding. Let’s hope they don’t faceplant though: back in the 1980s, the New Jersey Action Park had a reputation for being among the most dangerous waterparks in the States…