The original River Cottage is for sale in Dorset, UK

Hugh Fearnley-Whittingstall’s original River Cottage is up for sale as part of Dorset estate, Slape Manor.

Whittingstall filmed the first three series of his cookery show at River Cottage in Netherbury, which he rented from the estate’s owners before eventually buying his own farm. The red brick dwelling is one of four small cottages included in the sale, along with the sprawling Slape Manor itself – all on the market via Savills for £7m.

Slape Manor dates back to 1600 and was originally an ecclesiastical court house for Salisbury Cathedral. It was converted into a private residence in the early 18th century, and the English country house was expanded by architect G R Crickmay around 1871, who added a library and a coach-house designed in collaboration with Far From the Madding Crowd author Thomas Hardy (then an architect).

The Grade II*-listed building’s rooms have high ceilings, period fireplaces and windows, and there’s wood panelling and original oak flooring in the drawing room and library.

Slape Manor – which is four miles north of Bridport and surrounded by rolling countryside – comes with 83 acres of gardens, woodland, parkland and pasture, as well as stables.

Read next: Live in a starry Richmond observatory for £38k per month 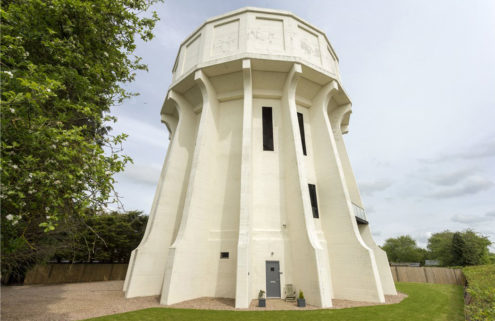 Converted water tower hits the market in the UK’s Warwickshire for £1.5m 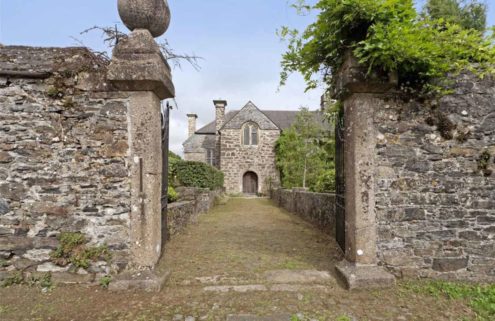 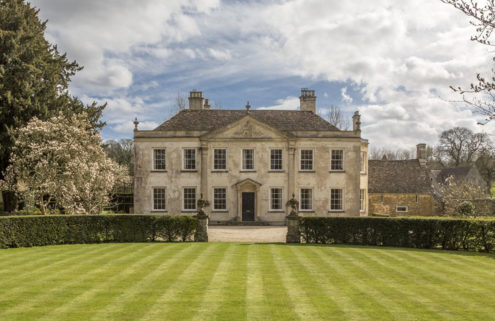 Evelyn Waugh's Gloucestershire home goes on the market for £3m 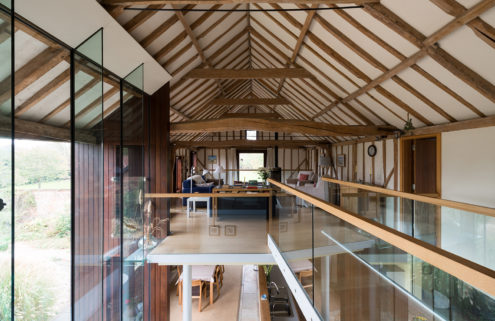 Rural idylls: 5 spectacular barns for sale in the UK countryside