News, Travel I by Emma Tucker

The brutalist Shiroiya Hotel is now a design destination

The defunct Shiroiya Hotel, located two hours north of Tokyo, is reopening its doors after a complete renovation by Sou Fujimoto.

The Japanese hotel, which occupies a 1970s concrete block in Maebashi – the capital of Gunma Prefecture – has been shut since 2008, and at one point faced demolition. A campaign to revive the building began in 2014, and Shiroiya Hotel is now set to welcome guests again this year.

Sou Fujimoto has preserved and renovated the original concrete tower, which is now lit by pipe-like overhead lights, designed by Leandro Erlich, and filled with plants and potted trees. The architect has scattered artworks by other artists and designers across the building, and collaborated with Erlich, Jasper Morrison and Michele de Lucchi on ‘special rooms’.

As well as the existing building, Fujimoto has designed a biophillic new wing for the hotel, named the Green Tower. Attached to the original hotel, the building resembles a huge grassy mound, punctuated with windows.

Shiroiya Hotel is now taking bookings, with rooms in the Heritage Tower starting at £226 per night, and the Green Tower at £194. 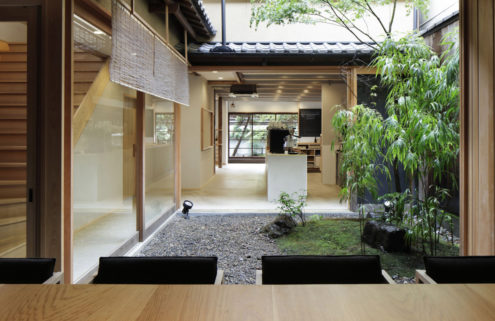 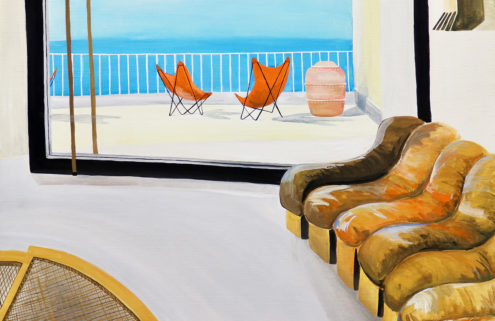 Instagram’s favourite interiors are immortalised in paint by Miki Matsuyama