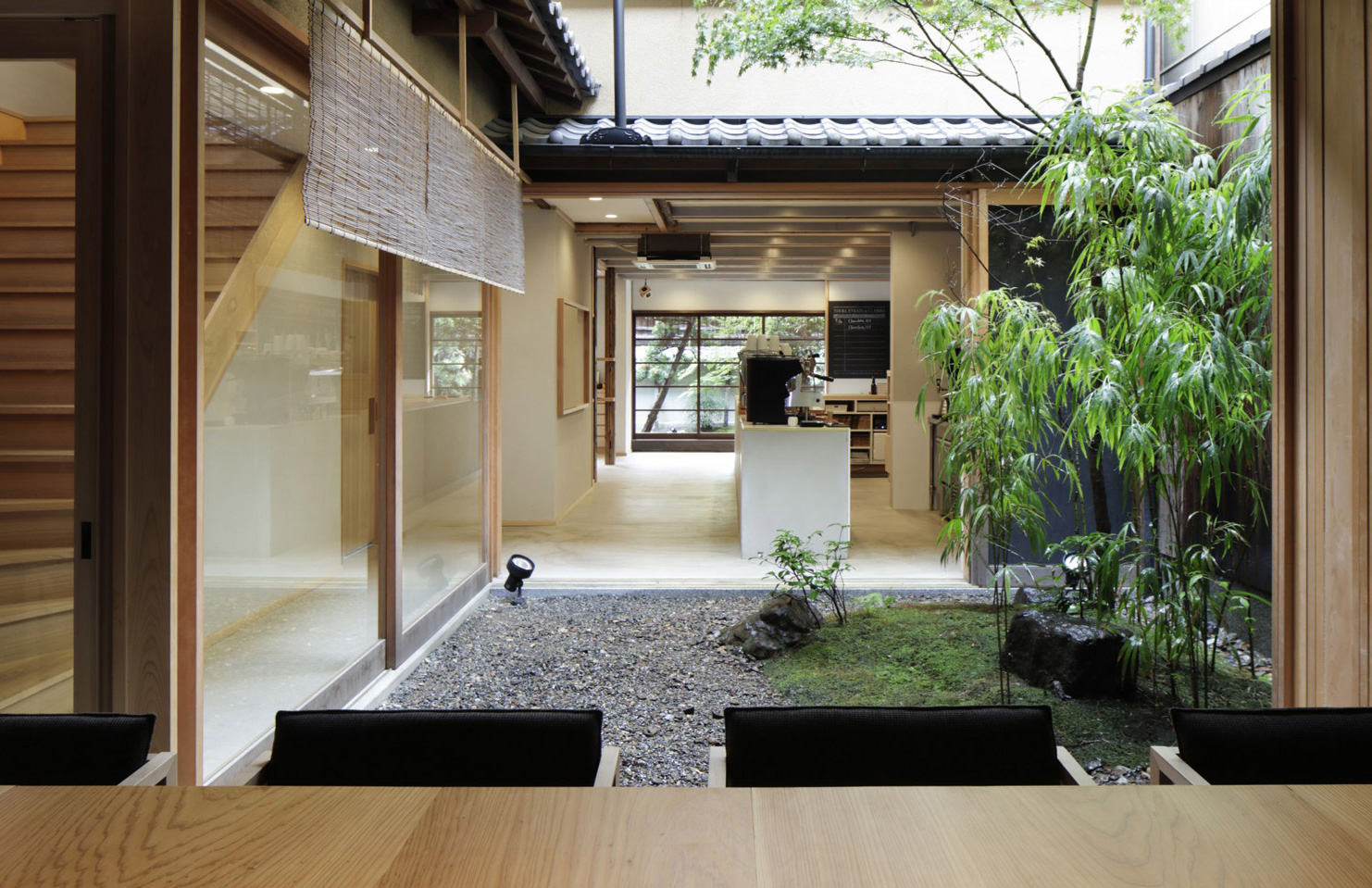 Dandelion Chocolate takes over a two-storey home in the city’s Ichienzaka neighbourhood – tucked behind a stone wall, and arranged around a traditional greenery-filled courtyard. Many period details have been lost but Sano has worked hard to conjure the building’s spirit for its new role.

‘My plan was to revive the atmosphere of the traditional Kyoto to which this building used to belong, while at the same time creating a casual, open space reminiscent of San Francisco, where this brand was born,’ he told Dezeen.

Original wooden beams and pillars can still be seen inside the Kyoto cafe, and Sano has paired them with smooth white concrete and lots of Yoshino cedarwood – a material traditionally used in Japanese architecture.

As well as a shop floor and cafe, the space includes a coffee and cacao bar where guests can order single-origin cacao bean desserts and drinks, including coffee made using locally roasted beans. 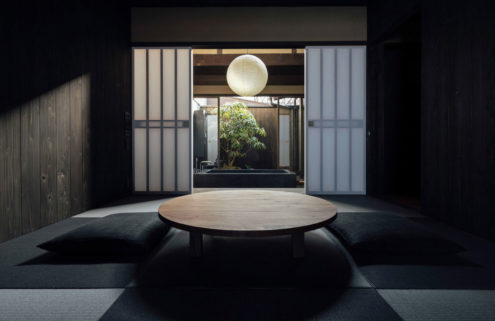 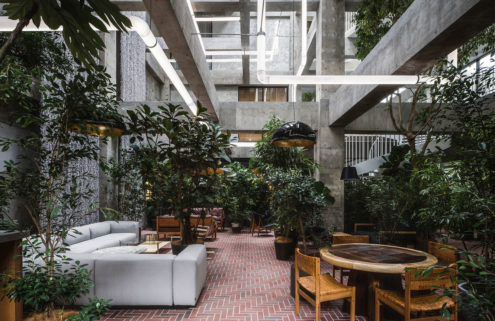