Travel I by Louise Harris

An industrial building transformed into a modern riad and gallery

Meaning ‘I am’ in Arabic, Ana Ana was transformed from an industrial building in the western Algarve port town of Portimão into a live/workspace for the Dutch creative.

On the second level of the five-bedroom villa are five so-called ‘concept rooms’ with different visual themes. These house mini-exhibitions of sorts and the Algarve villa also hosts gastronomic events, pop-up concerts and artists’ residencies across the year.

Available to book via BoutiqueHomes from €500 per night, Ana Ana has a separate studio for additional guests and is a launchpad for exploring beaches, including the sandy Praia da Rocha, Praia do Vau and Praia de Alvor.

History buffs can also head to the Moorish town of Silves in the north – or the Algarve capital Faro, 45 minutes drive away, which is replete with medieval architecture. 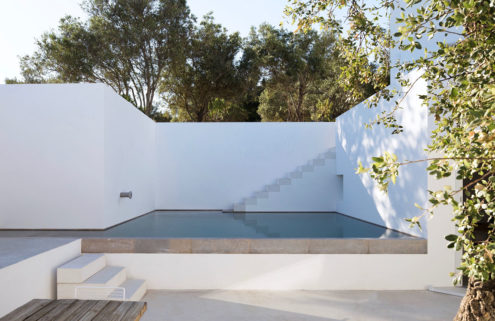