Photography: Courtesy of The Victorian Society

Paddington Sorting and Delivery Office is a prominent landmark in the London neighbourhood, sitting close to the railway station at 31 London Road. Architect Sir Henry Tanner built the Baroque-style building in 1892 for Royal Mail, which used it for over a century.

Great Western Developments bought the Sorting Office in 2014 for a reported £111m, and enlisted Piano to devise a scheme for the site’s re-development, including the demolition of the existing structure, unlisted structure.

‘It is a handsome, imposing and distinguished building in its own right, and the work of two notable architects of the 19th and early 20th century,’ says The Victorian Society’s conversation advisor James Hughes.

‘Although unlisted, this building is important in understanding Paddington station’s relationship with the city. It could easily be retained and redeveloped as part of a more contextual scheme’, he continues.

While vacant, the Sorting Office has moonlighted as a culture venue, hosting Punchdrunk’s 2013 theatre show, A Drowned Man, and acting as a staging post for the 2012 Olympic Games. 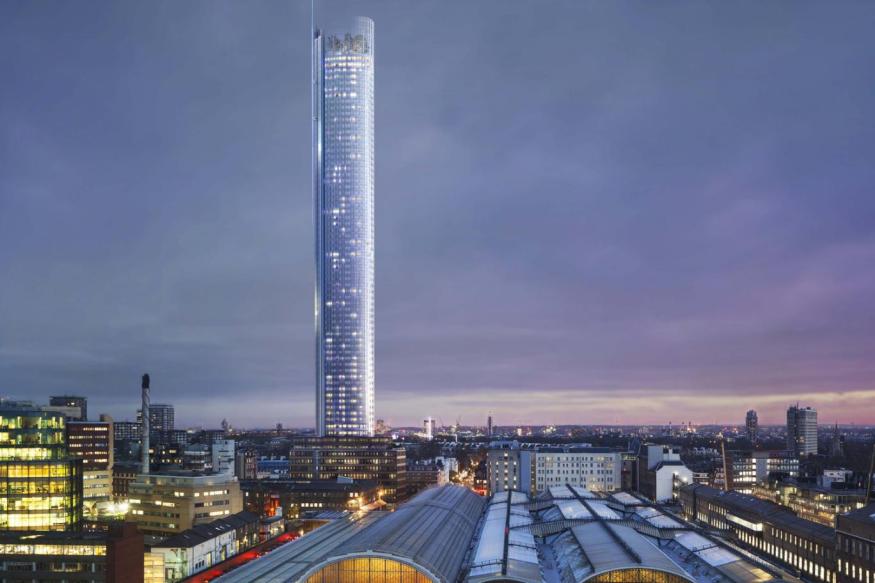 It was temporarily saved from the wrecking ball last year when Great Western Development withdrew its controversial proposal for the site – a thundering 254-metre-tall residential tower designed by Piano, dubbed the ‘Paddington Pole’.

But Westminster council is now considering Piano’s redesign, the Paddington Cube. The squat, 18-storey glass cube appears to ‘hover’ above the ground on 12-metre-tall pillars, directly on the site of the existing Victorian building.

By and large, the Sorting Office has stood vacant as the battle for its future rages on.

The society will lodge an official objection to its demolition next week.

Read next: Could you help this ‘fish tank’ home get built?