Interiors I by Siska Lyssens

Daft Recording Studios and hotel launch in the Belgian Ardennes

A new recording studio and hotel hybrid has opened in the Belgian Ardennes, offering musicians a creative refuge away from the hustle of urban life.

Daft Recording Studios and its adjoining lodgings – Manufacture de Malmedy – are the brainchild of Stijn Verdonckt. The mix engineer and producer previously ran the nearby La Chapelle Studios, home to one of the biggest recording rooms in Europe, but decided to launch his own venture when the complex was in need of renovation.

‘We wanted to surpass La Chapelle’, says Verdonckt. ‘So, we invested in the Rolls-Royce of analogue sound recording consoles: the Rupert Neve Limited Edition Shelford 5088 console. We also expanded the microphone list and the instruments thanks to a collaboration with Ives Mergaerts, a passionate instrument collector who’s been active in music for 20 years.’

Daft Recording Studios mix vintage with state-of-the-art equipment. Within the complex, there’s a 220 sqm main recording room, a control room equipped with a direct recording vinyl cutter, and four isolated booths. Also on site are rehearsal rooms, a cinema and a fireplace lounge for writing sessions and pre-production, as well as a four-bedroom penthouse suite.

‘The recording room is big enough to record a symphony orchestra, but also tight and compact enough to handle rock, pop or jazz music,’ adds Verdonckt. ‘The acoustics are a very complex element here. It’s just beautiful in the live room.’

Dutch company AudioWorkx assisted with acoustic design, covering all the walls with a variety of Akotherm noise absorption materials and wooden panels with moulded 3D triangles to avoid parallel surfaces.

Verdonckt enlisted local architect Christophe Stembert to design the recording studios and adjoining 14-room hotel, which takes cues from pared-back Scandinavian design. ‘We wanted something pure, with lots of raw materials that were left unfinished,’ Verdonckt explains. ‘Clean-cut lines and pure shapes that don’t feel too Spartan – we needed the buildings to feel warm and natural.’

The interiors were designed by Tine Blondeel, who continued that train of thought. She combined streamlined Scandinavian furniture with wooden panelling, animal hides and printed cushions.

Daft Recording Studios and Manufacture de Malmedy are located close to the small town of Malmedy, only eight kilometres away from the La Chapelle site. ‘We love this region and wanted to remain nearby’, says Verdonckt. ‘The remoteness of Malmedy works to our advantage. For Daft Studios, we attract artists who want to work on a record in peace and quiet.’

It’s a recipe that appears to be working. The creative retreat only officially opened last month but bedrooms are already almost fully booked every weekend this year (with some availability left for the summer). ‘We welcome everyone’, Verdonckt stresses. ‘Artists, tourists, or even companies who are looking for headspace to brainstorm.’

Read next: 6 recording studios that synch design and function 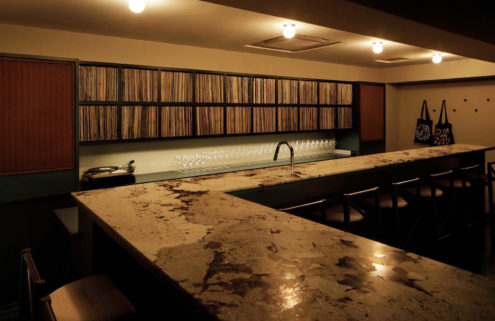 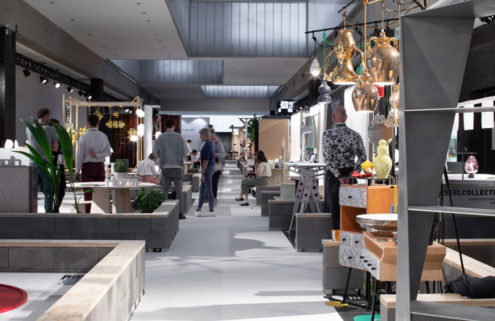 Belgium’s Biennale Interieur has been postponed until 2021