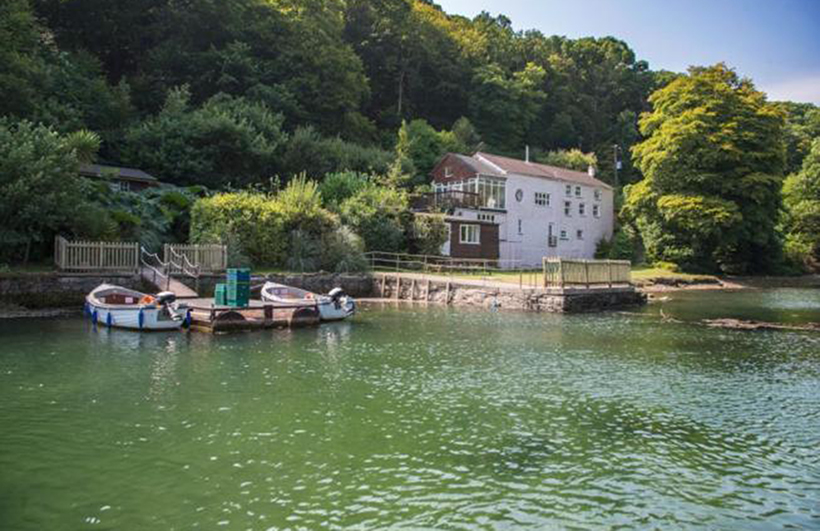 A piece of musical history has hit the market in Cornwall: The Old Sawmills recording studios has been listed for £2.25m.

Opened in 1974 as one of the UK’s first ‘residential recording studios’ Sawmills has hosted major names from the Britpop era, including Oasis, who recorded their debut album Definitely, Maybe there, as well as The Stone Roses, Muse and The Verve, and Robert Plant.

It’s now for sale via Strutt and Parker, and the secluded Cornish property comes with seven bedrooms and is surrounded by 32 acres of private woodland, between Golant and Fowey. The Old Sawmills sits on the west bank of the River Fowey on its own tidal creek, and is accessible by boat, offering seclusion and privacy.

The remote retreat is a traditional cottage with wooden floors and beamed ceilings. Bedrooms and living spaces are spread across upper levels. The famous recording studio is on the lower ground floor with the control room is off the entrance, and the main studio – with a Juliet balcony – overlooking the creek.

Guest accommodation for visiting musicians was rebuilt in 2011 and offers a potential holiday let income.