With Glastonbury favourite Block9 as resident

Silvertown – an industrial tract of land in east London’s West Ham – is in the grips of a major revival as a creative hub. Ahead of its transformation, a new cluster of studios in the imposing Silver Building will begin luring designers, photographers and artists to this corner of the capital in late 2017.

The Silver Building was constructed in 1964 by architects Munce & Kennedy for the Carlsberg-Tetley Brewing company. Derelict for decades and the site of many an illegal rave, the Brutalist edifice is now being reborn as affordable studio spaces for creatives – including maverick set designers Block9.

We took an early tour of its raw shell with Nick Hartwright, the man who is masterminding this ‘meanwhile use’ venture – expected to run for at least eight years – and trying to change the way regeneration projects are carried out.

‘When I first explored the building, it was a complete mess,’ says Hartwright, the brains behind London’s first hotel for artists, Green Rooms, which opened in 2016. ‘It had been squatted for years and it was rave central. People had ripped the place apart but it still had all the old filing cabinets from the 1970s and computer screens from the 80s. It was a time capsule; a mad film set of a building.’

Hartwright – a social entrepreneur who delivers affordable workspaces for businesses, artists, designers and creative SMEs in London – has secured financial backing from the GLA’s London Regeneration Fund to bring The Silver Building back to life. His Green Rooms collaborators SODA architects are currently in the process of gently restoring the 50,000 sq ft structure.

SODA are turning it into 34 pared-back studios (which will cost between £15 and £20 per sq ft) and a series of communal spaces, including a bar and café. Two cavernous rooms for exhibitions and events will also be in the mix.

The Silver Building will be a pilot venture that will inform the transformation of the wider site in West Silvertown, which will include approximately 5,500 new homes and 200,000 sq ft of workspace.

Pilots of this kind are crucial, says Hartwright. ‘This type of test phase is often something that is overlooked with large-scale developments. We’re going to make sure the people and businesses that work in The Silver Building are part of the masterplan for the redevelopment of the area.’

Hartwright is working closely with developers Keystone Partners Limited and architects John McAslan + Partners, who are master-planning the mixed-use project. How Block9 and fellow resident, fashion designer Craig Green, use their spaces inside The Silver Building will directly influence the shape of things to come.

‘Traditionally developers build boxes, let them out and move on, often resulting in dead commercial spaces that aren’t fit for purpose,’ he says. ‘When you’re able to use temporary projects as the development discovery phase, you can work with the end users to deliver the right type of spaces.’

The Silver Building is a short walk from Millennium Mills, a derelict Art Deco flour mill, which is the lynchpin of the £3.5bn regeneration of Silvertown’s Royal Docks. Hartwright’s project is a forerunner for the future of this forgotten part of London.

Read next: A new art hub in London’s Kensington gets the green light 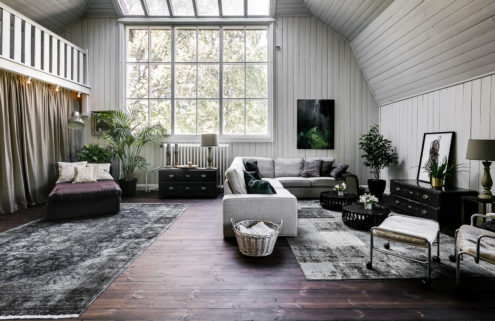 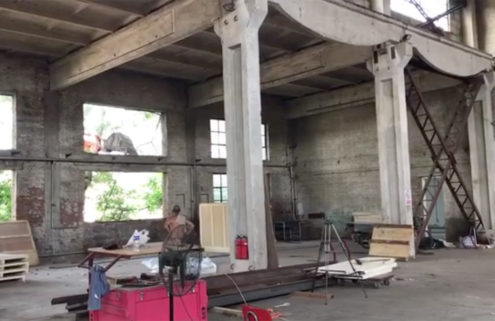 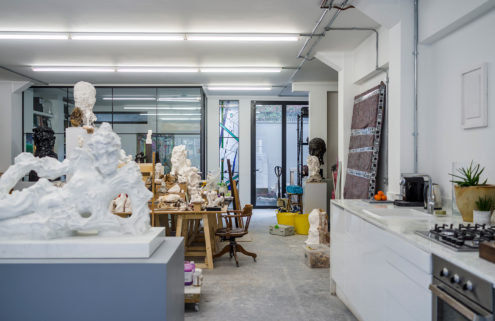