Best of the web: space architecture, Parisian pensioners and more

I by Betty Wood and Emma Tucker

Vera Mulyani is the founder of Mars City Design, which wants to create a community on the Red Planet that could swell to 1,000 people. Think her idea’s out of this world? Among her backers are astronaut Buzz Aldrin, as well as a team of scientists and designers who are developing blueprints for ‘space architecture’. Writer Vas Panagiotopoulos has more on Medium.

Proving that age is no barrier to style, photographer Laurent Kronenal documented the elderly architectural residents of Paris’s Grand Ensemble housing projects. His Souvenir d’un Future series captures ‘the passing of time, these massive grey buildings, like their elderly residents, bearing signs of long lives,’ he says. See the story, wrinkles an’ all, on It’s Nice That.

Off-grid living gets an upgrade

Forget the simple ‘cabin in the woods’ – a Canadian couple have built an entire floating off-grid village. Artists Catherine King and Wayne Adams constructed the self-sufficient ‘Freedom Cove’ compound out of recycled materials off the coast of Vancouver Island. Curbed met them to find out more. 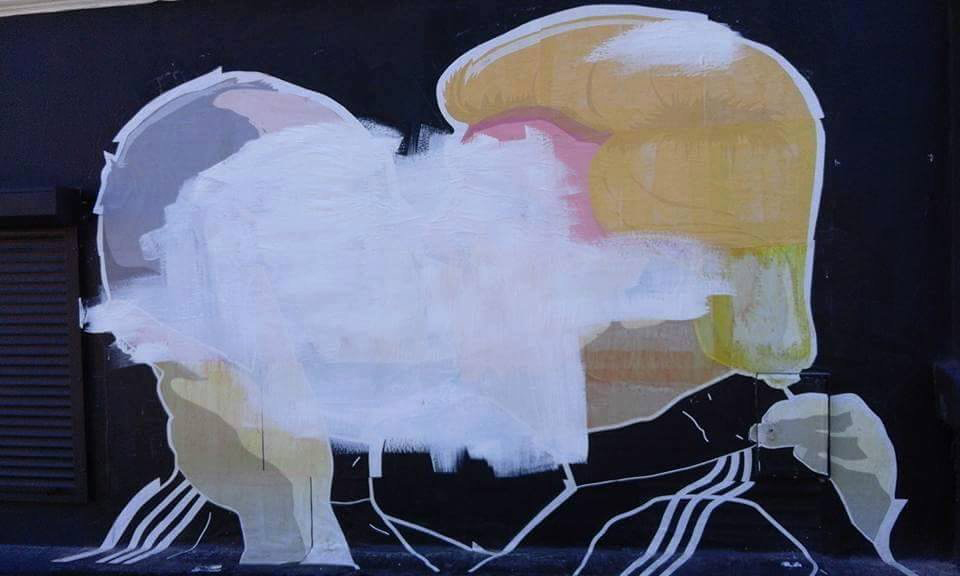 A mural of Donald Trump and Vladimir Putin snogging proved too hot to handle for residents of Lithuania’s capital Vilnius this week. The much instagrammed artwork by Mindaugas Bonanu was covered in paint by one unhappy vandal. ‘The purpose of the attack was to remind us that there are still active advocates of authoritarianism in our society,’ said Dominykas Čečkauskas, who commissioned the piece for his BBQ restaurant. He told The Guardian he planned to reinstate the artwork and prove that free speech trumps all…

Droning on about about abandoned architecture

Abandoned NY took an aerial tour of the Hudson Valley’s Bannerman Island, exploring a crumbling former munitions factory that looks like something out of Fantasia. It flew a drone over the deserted 1901 ‘castle’, which features turrets and parapets propped up by scaffolding. Read more on Untapped City.