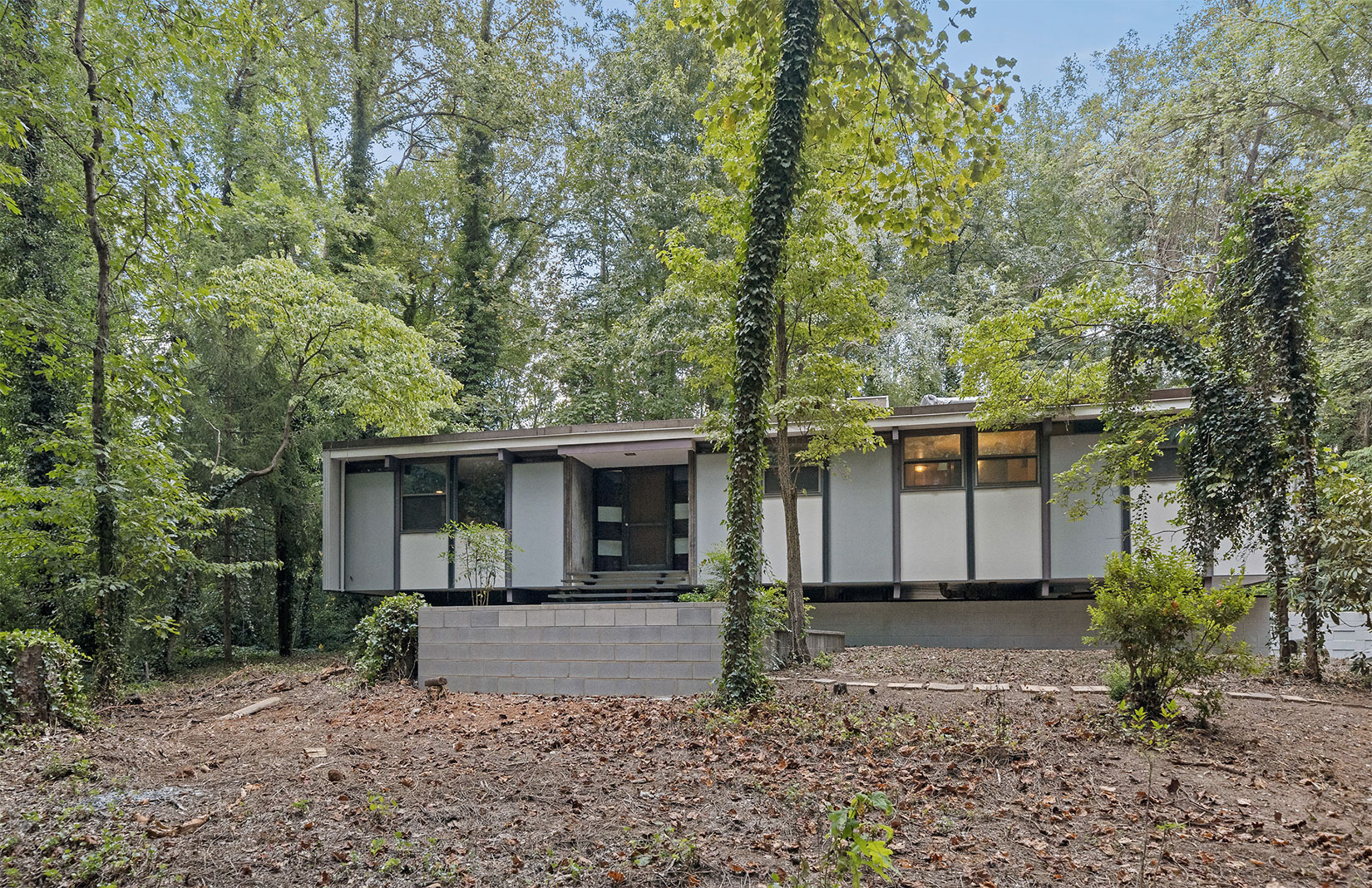 This North Carolina property has all of its midcentury modernist features intact – from its exposed beams and brick fireplace to its pastel pink bathroom.

Local architect Jim Sherrill built the three-bedroom for his family in 1956, on a 1.11-acre lot in Hickory, at the base of the Appalachian Mountains. The modernist property – listed with local agent Joan Everett for $199,900 – has remained mostly unchanged since then.

Original fixtures in the kitchen and bathroom are still in place, offering a snapshot of 1950s style. New owners may want to keep the pastel-tinted tiles and the two-sided fireplace but might have different ideas about the basement, which is only partly converted.

Some rooms need a lick of paint but have in-built furniture in place, including beds and shelving.