Fantasy architecture that could become reality

Humans are fascinated with living up high. It’s why we’ve filled out cities with skyscrapers and are determined to build even more supertall structures. But high rise living isn’t just about looming apartment blocks.

This cache of dramatic clifftop homes envisions life on the edge – embedded into the rock or dangling above the sea.

This design by Dutch architecture firm OPA, envisioning a home wedged inside a rocky cliff, went viral in 2016. The glass-encased hideaway – which includes a rooftop swimming pool that doubles as a watery skylight – was so popular online that a client stepped forward to make it a reality.

Casa Brutale is rumoured to be mid-construction, 1,600 metres above sea level outside of Beirut, though there have been no updates on the project since 2016/2017 when it secured backing.

Mountaintop living isn’t just about slick new concepts, there’s also room for adaptive reuse. This former signals base in Scotland’s East Lothian was on the market for £2.5m and has now sold with planning permission conversion into a grand clifftop residence. Practice Lazzarini Pickering conceived a pair of modern ‘fortress-style’ villas embedded into the hillside and connected by covered walkways to shield them from the elements.

The Air Cabin by Yakusha Design

Would-be owners of this floating glass cabin, which juts out and over the cliff’s edge and was conceived for a surfer, will need a head for heights. Yakusha Design, its creator, has imagined a minimalist take on clifftop living, wrapping the home in 270 degrees of glass and attaching it to a concrete pillar to amplify its views.

Interiors are sparse, with only the barest necessities included, in order to put the focus on the surrounding landscape.

Modscape’s prefab design concept looks a bit like a wasp’s nest: it clings to the side of the cliffs as a parasitic design with living spaces spread across five levels above the sea. Guests would enter from a carport at ground level, and then catch an elevator down to the home’s glass-encased lower rooms.

The Aussie firm envisages minimal interiors for the gravity-defying home, with a sunken conversation pit in the living room and full-height windows that make the most of the ocean views.

Alex Hogrefe’s concept for a home buried in the rocky landscape of Iceland was originally created for a rendering tutorial but it offers a tantalising take on cliff living. The concrete structure would be embedded into the landscape, as a reference to the bays and inlets of the West coast of the country. A glazed front lets guests look out and over the water, while concrete balconies offer space for anyone brave enough to take a closer look.

3 unbuilt homes you could make a reality 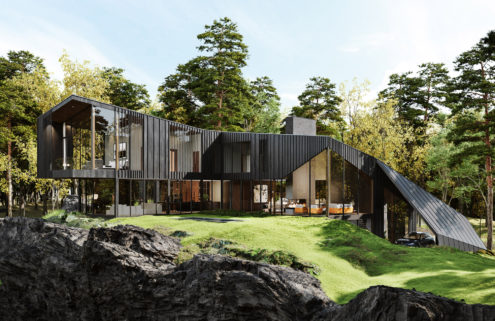 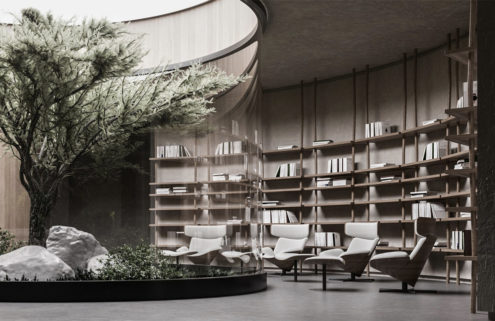 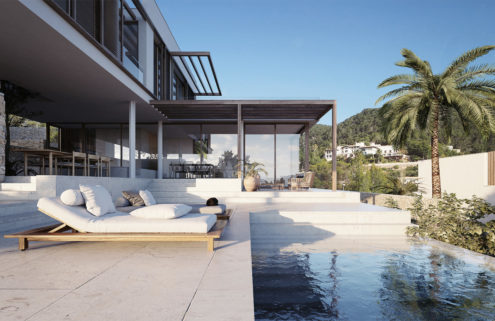 3 unbuilt homes you could make a reality