5 finds from across the web: surreal swimming pools, psychedelic textile mills and more

Catch up with highlights from our digital travels this week

No diving, no running and, er, no swimming

Artist Muriel Bordier has a particular knack for subverting our perspective of familiar spaces, whether they are museums or open-plan offices, with her satirical photographic collages. For her latest work, she turned her attention to swimming pools – depicting them surrounded by bathers but without any water. Dive straight in at designboom.

Inside the colourful world of American textile mills

We may know about the labels and designers behind our clothes but what about the factories making the material? Photographer Chris Payne has captured some of America’s textile mills, revealing a world of colour, vintage machinery and sheaths upon sheaths of yarn. ‘Many mills are doing quite well, having modernised to stay competitive, while others have survived by catering to niche markets that value the “genuine article” produced on the original, vintage equipment,’ says Payne. Head to iGNANT for more.

New York igloo gets a frosty reception from Airbnb 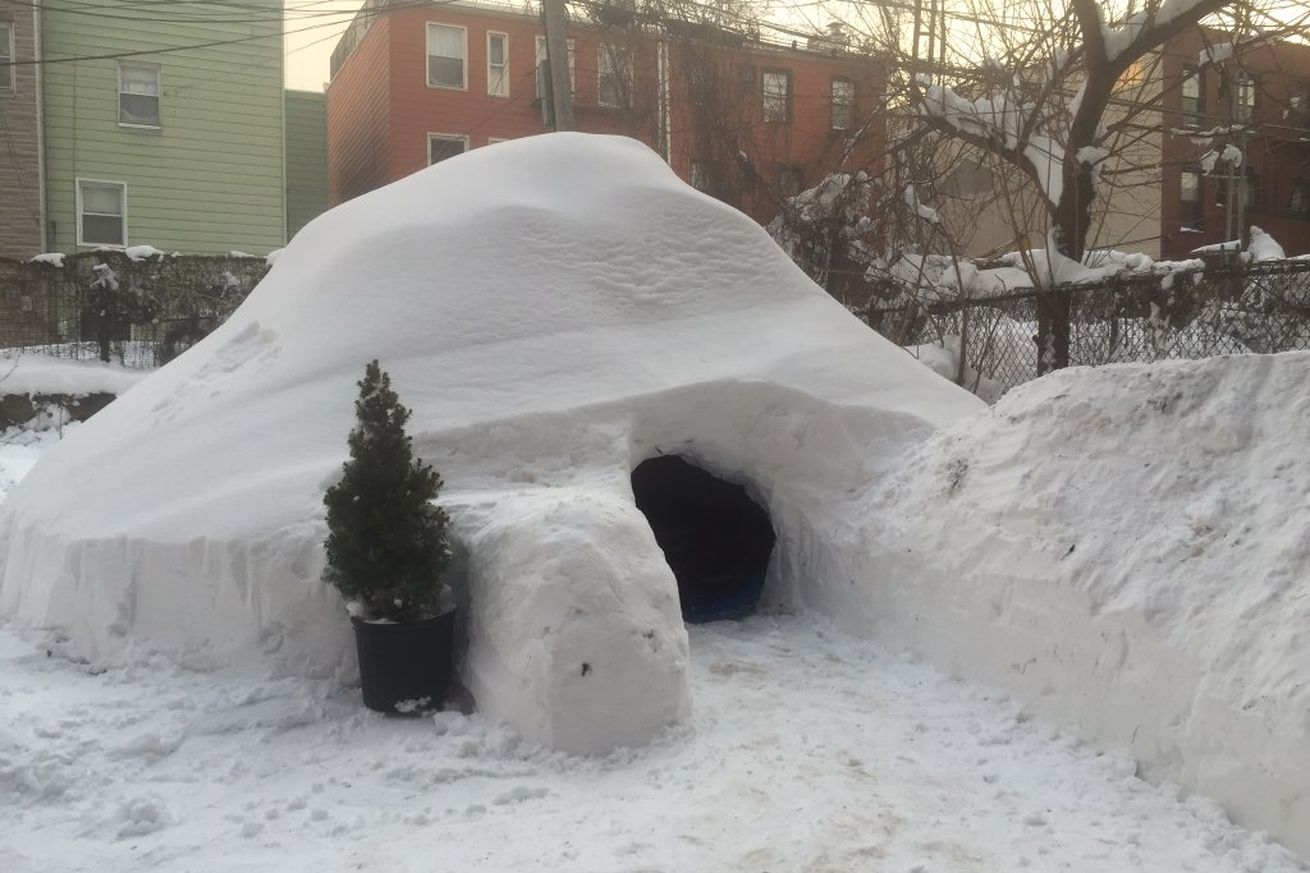 When the ‘snowpocalypse’ hit the East Coast last week, plucky entrepreneur Patrick Horton saw an opportunity to turn a quick buck, renting out a ‘boutique winter igloo for two’ in his backyard for $200 a night on Airbnb. Unfortunately for him, and despite being ‘well crafted’ from ‘natural materials’, the icy structure – which had no doors, electricity or piped water – didn’t meet their standards for occupancy. The Verge has more.

Capturing the crumbling ruins of an abandoned Soviet bazaar

Photographer Kamila Banks spent the summer of 2014 in the Russian Caucasus, shooting the derelict ruins of Dagestan’s Soviet Modernist architecture. This abandoned food bazaar – ‘a grand structure that recalls the remains of an extinct animal from a different era’ – has since been demolished but ranks among her favourites. Banks shares shots of its triangulated interior with the Calvert Journal.

An Inception-like view of Istanbul’s landmarks

Turkish photographer Aydın Büyüktaş’s latest series ‘Flatland’ looks akin to some of the dream sequences in the film Inception. The images were created by stitching together drone images of the city’s most famous landmarks, including the Eminönü Yeni Mosque and Şükrü Saracoğlu Stadium, shot from all angles. See the surreal, perception-bending images on DesignTAXI.