5 finds from across the web: architectural collages, Chelsea’s cathedral to football and more

Catch up on highlights from our digital adventures this week…

These architectural collages are a planner’s worst nightmare

You probably won’t want artist Beomsik Won to help you complete a jigsaw puzzle. The South Korean has created architectural collages that combine fragments of different structures, including London’s Centre Point and Big Ben, to fashion new urban contexts. Head to Won’s website for more, or check out the exhibition of his architectural mishmash at Ilwoo Space in Seoul.

Chelsea FC’s plans for a cathedral to football 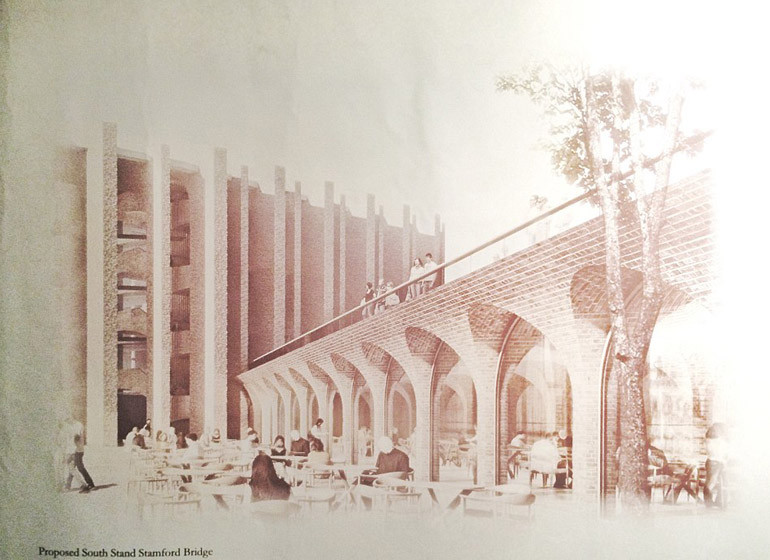 The Premier League champions already have the Special One and now they’re looking to the Holy One with plans to transform their Stamford Bridge home. Conceived by architects Herzog & de Meuron, the stadium expansion proposal takes inspiration from Westminster Abbey’s Gothic architecture. ‘It is beyond beauty or ugliness,’ Jacques Herzog, the firm’s founder, told The Guardian. We’ll be the judge of that.

Why we’re drawn to abandoned spaces

Dana Stirling’s photos of an abandoned Israeli water park are compulsive viewing. ‘I think when you see places that you know had a function and now they don’t, you feel sad for them,’ she told Fast Co.Design. ‘You can identify these places and how they once were.’

Stuck between a rock and a hard place

Architecture practice OPA has come up with the ambitious idea of designing a home embedded in a cliff that overlooks the Aegean Sea. Called Casa Brutale because of its concrete structure, the underground lair is topped by an infinity pool that doubles as a skylight. There are currently no concrete plans (excuse the pun) to realise the project. See more on designboom.

Thomas Hirschhorn’s ‘bomb site’ installation wreaks havoc in Camberwell’s South London Gallery in the name of creation. Blurring the lines between conception and destruction, the Swiss artists’ In-Between is made up of scrap material – often held together by tape. See more on the Londonist.