5 finds from across the web: America’s back road secrets, Berlin’s subway mystery and more

Photographer Robert Götzfried’s architectural curiosity led him to take the scenic route when he went on a great American road trip, from Washington DC to Memphis. The German – whose shots of Munich’s endangered nine-pin bowling alleys we featured last year – captured deserted houses, stores and petrol stations on the country’s back roads, culminating in this series, as seen on Fubiz. 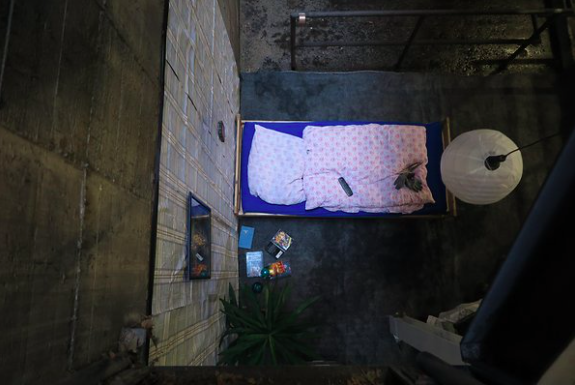 We wonder what Columbo would make of this: someone has set up a bedroom in Berlin’s subway system and nobody knows who it is. Curiously, photos of the space – which comes with a TV, plant pot and armchair – were anonymously leaked to German media this week. Maybe subway housing is the next chapter in Berlin’s architectural history? See CityLab for the lowdown.

The allure of underground lairs

From the fictitious Bat Cave to El Chapo’s subterranean escape tunnel, underground lairs have always held a certain mystique. Vantage magazine asks where that allure stems from and explores seven photos essays that portray the world that lies beneath. Head down to Medium for more.

OK Go – kings of the viral music video – have pulled another rabbit out of the bag with ‘Upside Down & Inside Out’, filmed at the Yuri Gagarin Cosmonaut Training Center in Moscow. If the location sounds familiar, it’s because Maria Gruzdeva’s photographs of the former Soviet space centre appeared in this weekly round-up just last month.

Designer Guillermo Santomà threw caution to the wind when it came to painting the interiors of his 1920s home in Barcelona. Vibrant shades of green, pink and blue fill the family home, belying the austere architecture of its façade. Sight Unseen has more.