More than 1,000 reflective spheres float in the pond near the Modernist architect’s 1949 building as part of the installation, which is a revival of Kusama’s set piece for the 33rd Venice Biennale half a century ago.

This rehash of the ‘Narcissus Garden’, which opened over the weekend, marks the 110th anniversary of Philip Johnson’s birth and the 10th since the public opening of the Glass House, based in Connecticut.

Joining the floating balls is Kusama’s steel ‘PUMPKIN’, placed near the Johnson-designed Brick House, a short walk from the Glass House.

‘The first time I saw a pumpkin was in a farm in elementary school,’ said Kusama. ‘In Japanese, a “pumpkin head” is an ignorant man or a pudgy woman, but for me, I am charmed by its shape, form, and lack of pretension.’

Kusama will also bring one of her well-known ‘infinity room’ experiences to the Glass House in September, by covering the structure with polka dots.

‘My desire is to measure and to make order of the infinite, unbounded universe from my own position within it, with polka dots,’ added the artist. ‘In exploring this, the single dot is my own life, and I am a single particle amongst billions.’

Yayoi Kusama: Narcissus Garden is on show until 30 November. 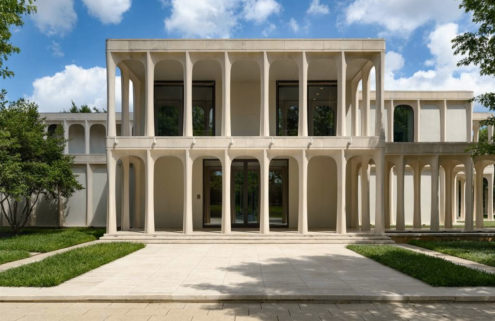 Philip Johnson’s colonnaded Beck House is for sale in Texas 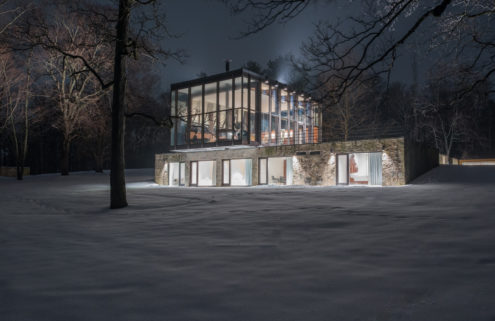