Why Seattle is demolishing an urban highway to revitalise its waterfront

Further details have emerged of Seattle’s plans to revitalise its waterfront by tearing down a double-deck urban highway.

The Office of the Waterfront – the public body charged with the $1.07 billion transformation – has published its Draft Environmental Impact Statement for public consultation, outlining how it will make the most of space vacated by demolishing the Alaskan Way Viaduct.

James Corner Field Operations, the landscape architect behind New York’s High Line, is designing the framework for the area’s redevelopment, which includes a promenade and culture spot along the waterfront. Removing the Alaskan Way Viaduct will also connect the city’s eastern and western districts.

‘This is a very central project to the city’s development, and to the continued evolution of Seattle,’ Marshall Foster, the Office of the Waterfront’s director, told City Lab. ‘We’re opening up about 26 blocks of our centre city to reconnect it to Elliott Bay, which is the waterfront our city was founded on.’

The world’s widest underground tunnel is currently under construction to replace the Alaskan Way Viaduct.

Part-demolition has already started on the highway but the double-deck structure won’t be fully removed until the new Alaskan Way tunnel is constructed.

Foster added: ‘We’ve been talking about removing this viaduct literally since it was built in 1953. We’ve been looking at it saying, “My God, what did we do?”’

The multi-phase project was expected to reach completion before 2020 but delays in construction of the new Alaskan Way tunnel could set it beyond that date. Some schemes, such as the conversion of a parking lot at the historic Pike Place Market into a public plaza, are already underway. 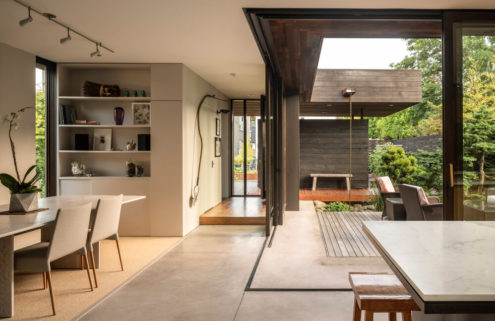 The great outdoors spills into every room of this $2.4m Seattle home 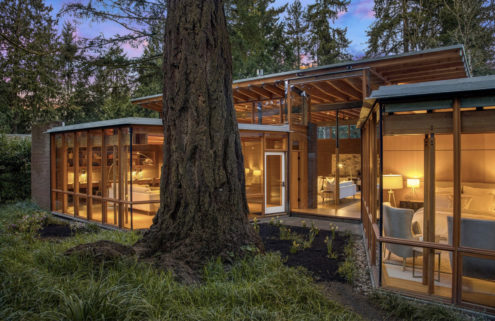 It’s all about the light inside this $5.1m home by James Cutler 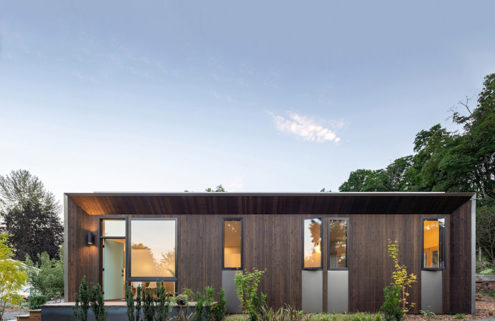 Is Node the most eco-friendly prefab yet? 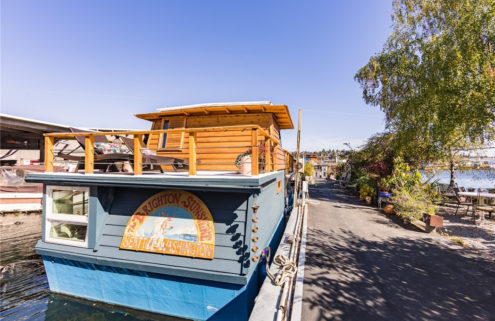 This 510 sq ft houseboat is full of surprises