This is officially the UK’s ‘ugliest building’ of 2017

London’s Nova Victoria mixed-use development by PLP Architecture has scooped the 2017 Carbuncle Cup for its ill-conceived design, described by award panelist Catherine Croft as a ‘crass assault on the senses’.

Comprising two 18-storey office buildings and a residential block, it is marked by angular towers and a facade of red shards and fins.

‘The architect appears to have been inspired by the fractured, angular shapes beloved of stararchitects like Frank Gehry and Daniel Libeskind and applied these to a run-of-the-mill spec office development,’ said Thomas Lane, editor of Building Design magazine, which organises the annual prize.

Nova Victoria beat five designs from around the country to be crowned winner of the award. It was judged by Lane and assistant editor Elizabeth Hopkirk, as well as Twentieth Century Society director Croft and urbanist David Rudlin.

Want to see what it was up against? Here are all the runners-up, including Preston’s ‘cake tin’ station entrance…

Read next: LVMH to turn a Paris garden into a €60m theme park 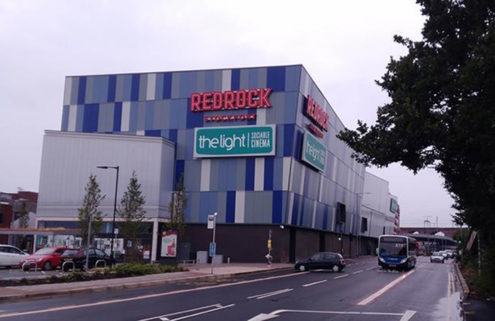 Which of these is the UK’s ‘ugliest building’ of the year?