This hotel concept hangs over one of Norway’s biggest fjords 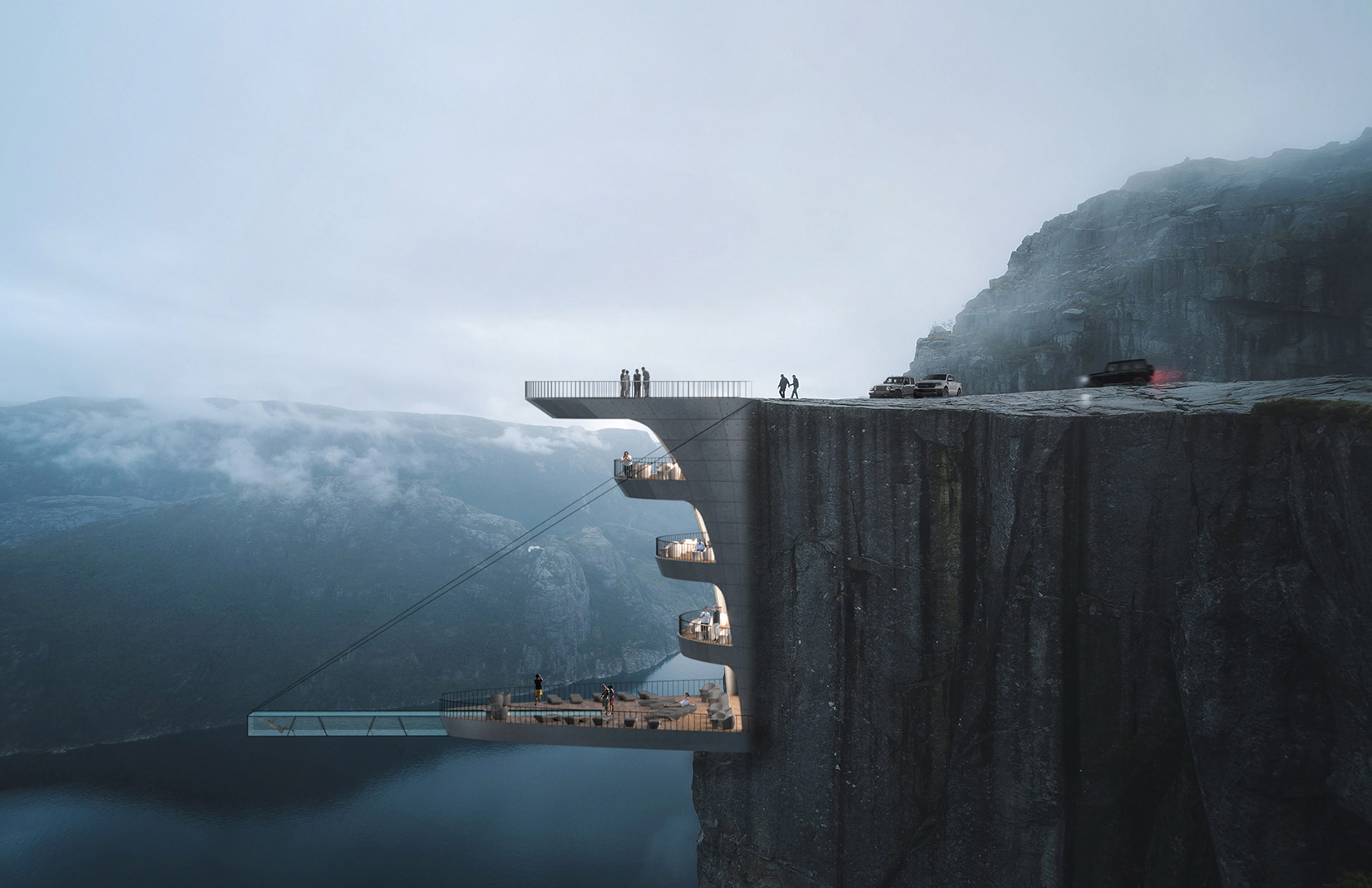 Guests could be spending the night inside Norway’s Preikestolen cliff, at this concept hotel embedded into the rock.

Rooms at the hotel, designed by Hayri Atak, are tunnelled into the cliffside but have balconies that look out over the nearby mountains and fjord.

A terrace at the top of the hotel would let guests take in the views, but for the more adventurous visitors, there’d also be a glass-bottomed swimming pool – which would jut out and away from the cliff’s edge.

Preikestole is one of Norway’s highest fjords and rises 604 metres above the Lysefjorden – a popular hiking spot that’s home to many of the country’s most popular trails.

It remains to be seen whether Atak’s design will become a reality, but there’s no telling what could happen if it proves popular enough online… Back in 2016, a similarly madcap proposal for a concrete house inside a cliff became a reality after the concept went viral.