A new east London bookstore designed by Selgascano is looking to beat the age of Kindle by banning mobile phones and tablets.

Libreria – the latest venture by Rohan Silva and Sam Aldenton, founders of co-working space Second Home – draws inspiration from Argentinian author Jorge Luis Borges’ ‘The Library of Babel’, a short story that imagines the universe as a library.

Selgascano wanted to recapture the tale’s fantastical world by installing irregular-shaped, floor-to-ceiling bookshelves, made seemingly endless thanks to mirrored ceilings.

‘Libreria has been years in the making – we believe in the value of books and literature and have wanted to do this for a long time,’ said Silva. ‘Across industries we are seeing a return to physical, material things and a fresh appreciation of craftsmanship. These things are not being killed by the digital; they are being given new life.’

The bookshelves have been hand-built by students from the Slade School of Fine Art using recycled wood. Artist Dr Cato created bespoke lamps for the project while Selgascano cherry-picked a selection of mismatching chairs.

Conceived as an analogue sanctuary, Libreria has a printing press to publish limited editions of titles and bring authors on board to curate some of its book selections. The store will also put on a programme of seminars and performances in conjunction with Second Home, just next door on Hanbury Street.

Libreria’s director Sally Davies told Dezeen: ‘We’ve reached a cultural tipping point, I think, where people are becoming aware of the costs of being constantly digitally connected – and instead crave experiences that are tangible, human, immersive.’ 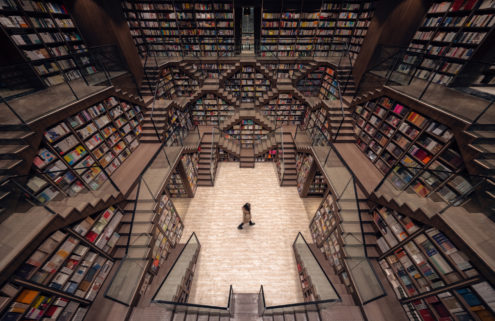 Is this the world’s most surreal book shop? 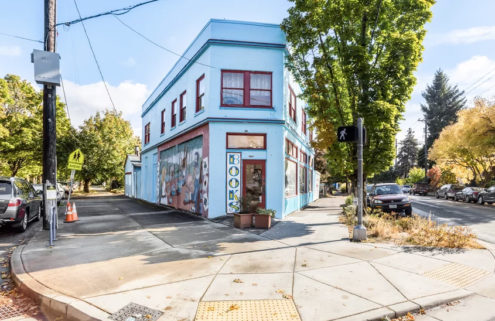 Live/work bookshop hits the market in Portland for $1.5m 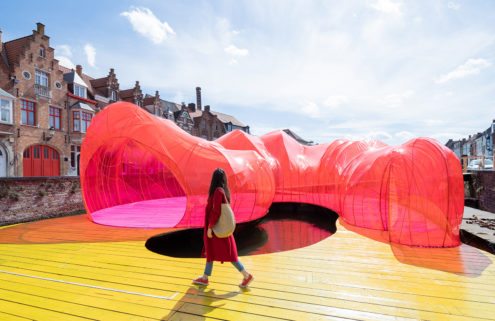 SelgasCano makes a splash in Bruges with floating pavilion