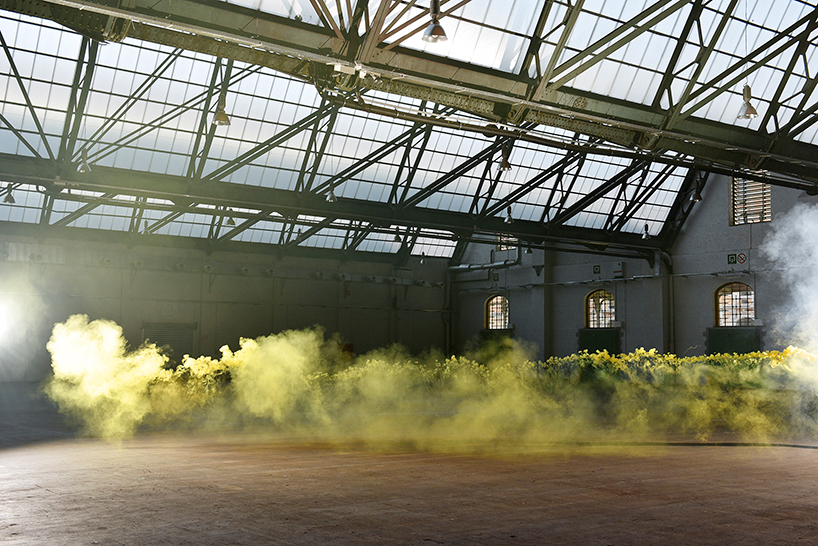 The collective created ethereal plumes of blue, pink, green and yellow inside the industrial Tour & Taxis complex to offset the structure’s brickwork and wrought iron. Their photographs recall the oeuvre of artist Berndnaut Smilde, known for his images of floating clouds in striking interiors.

Built in the 1900s, the canal-side Tour & Taxis complex comprises several structures that served the city’s booming industrial trade for much of the 20th century. Among its highlights is the Royal Depot, originally designed by architect Van Humbeek and recently renovated by ARCHI2000 and Jan Van Lierde.

The site had its heyday in the 1960s – when more than 3,000 workers were employed – but was abandoned soon after. Today, it is an anchor for a large-scale redevelopment of the area that will include new homes, offices, restaurants and cultural spaces. 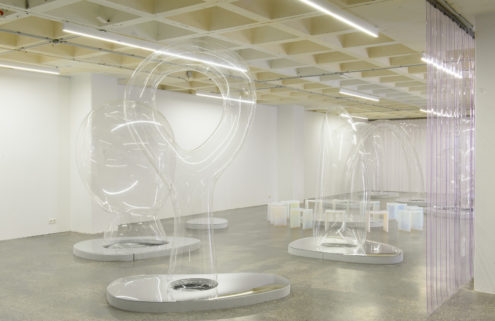