Manhattan’s Pier 57 is set for a new lease of life after years of disuse and failed attempts to revive the 1950s structure.

A $350 million project to transform the floating building into a food market, creative hub and public rooftop park could start construction in 2016 – according to Seth Pinsky, executive vice president of RXR Realty, co-developer of the project alongside Youngwoo & Associates. 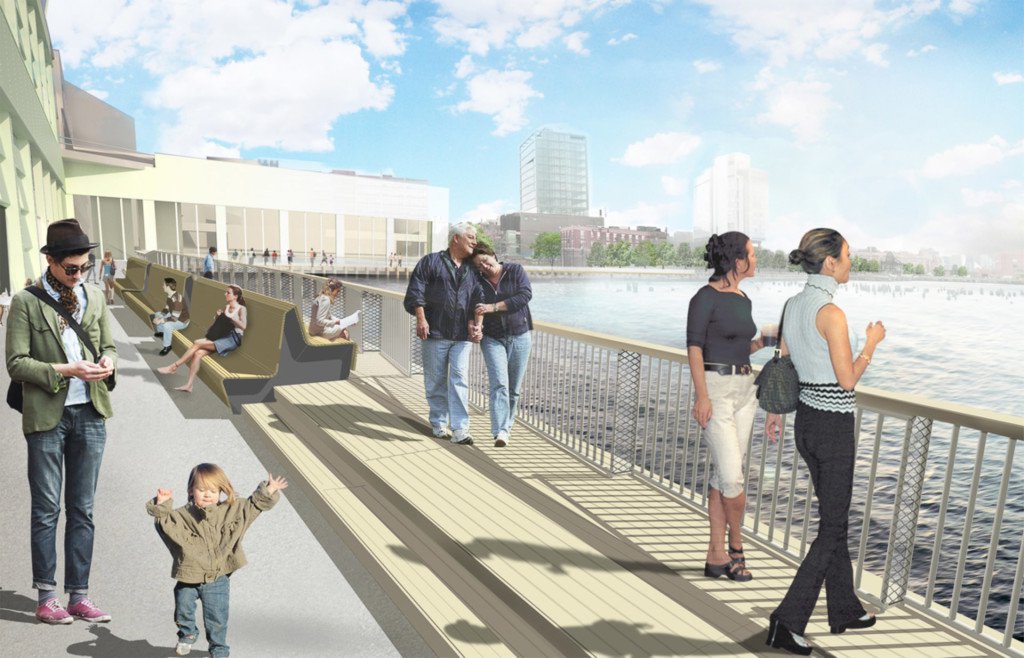 ‘The pier today remains literally a shell of its former self, succumbing slowly to the elements,’ Pinsky said at the Municipal Art Society’s recent 2015 Summit for NYC, where he introduced the ‘Super Pier’ project.

Handel Architects and landscape designers !melk are masterplanning the restoration works and most of the funding is already in place. According to 6sqft, Google is taking over 250,00 sq ft of offices and celebrity chef Anthony Bourdain will be in charge of the 140,000 sq ft market hall, devised by design studio Roman and Williams.

There will also be a public rooftop park, which Pinsky called ‘the very High Line’, featuring an amphitheatre to host screenings for the Tribeca Film Festival.

Initially a centre of commerce, the maritime structure became a bus depot in the 1970s before closing completely in 2003. Plans in 2004 to turn it into an Italian culture centre fell through and a subsequent competition in 2008 was won by Youngwoo & Associates.

Pinsky added that negotiations with the Hudson River Park Trust, which oversees the pier, to begin construction are in their final stages. The revamped Pier 57 is expected to open in 2018.

Last month, a deal was struck to save the sinking Pier 40, another of Manhattan’s ailing waterfront structures.