Modernist landmark The Shneidman House has listed in LA for $3.79m

A Quincy Jones and Whitney R Smith’s Shneidman House was one of the first homes built in the architectural enclave of Los Angeles’ Crestwood Hills – and it’s lost none of its midcentury charm over the years.

The Brentwood neighborhood was established in 1946 by a group of musicians keen to build a modern utopia that put design and community first. The first houses featured open-plan space with vast amounts of glass to take advantage of Crestwood Hills’ high vantage point – which offers views over sea, canyon and city.

Constructed in 1950, the three-bedroom Shneidman House is all redwood panelling and huge glass walls. It underwent a refurb in 2012, including stripping the interiors back to match the rest of the home’s period features – which include post and beam ceilings.

There’s other nods to the Los Angeles property’s history in its kitchen and bathrooms, where a pale green fridge, sink and tub add a retro flavour. But the centrepiece is clearly the property’s views, which can be admired from the main living area, or the home’s study – which opens directly onto a terrace. 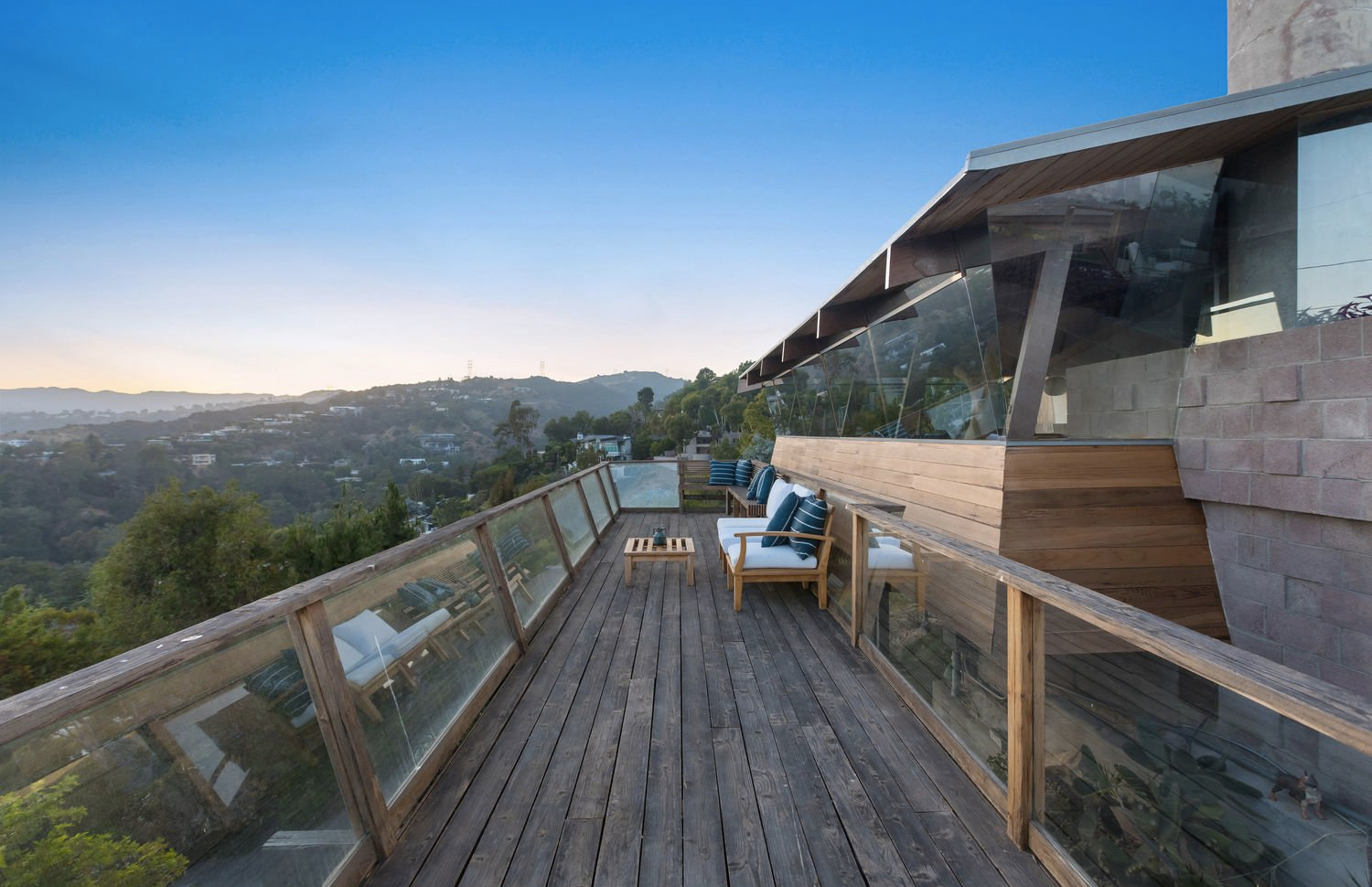