Gucci sets its FW18 show in an operating theatre 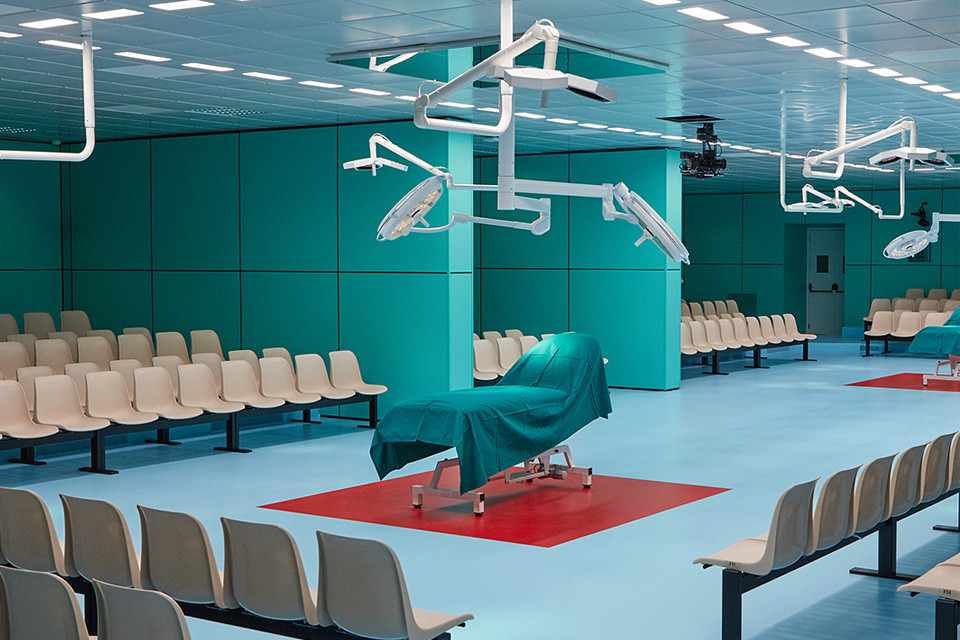 Tiled ceilings, stark overhead spotlights and plastic waiting room-style seating completed the show space, which was decked out in a typical hospital room colour scheme of minty green and blue.

According to Gucci, the set’s medical theme echoes the work of a designer, specifically ‘the act of cutting, splicing and reconstructing materials and fabrics to create a new personality and identity with them’.

Models walked to choral music – introduced by the sound of a heartbeat monitor – and guests entered the fashion show venue via fire doors with panic bars. Ahead of the event, their invitations came in the form of a red countdown timer, vacuum sealed in a plastic bag.

The show – which was hosted at Gucci’s Milan headquarters in a converted aeronautical factory – also had a few fantasy elements, featuring a baby dragon and a snake, both carried as accessories. The label explained that the dragon references the real-life story of a British author who claimed he’d found one in his garage.

Gucci’s show was a macabre play on identity dynamics, with the label tweeting a quote from D J Haraway’s 1984 essay The Cyborg Manifesto: ‘The hybrid is metaphorically praised as a figure that can overcome the dualism and dichotomy of identity.’

Read next: Florence gets a new Gucci eatery by Massimo Bottura