Sitting close to the fashion house’s historic HQ in Casellina, the colossal building is a centre of product development for shoes and leather goods, as well as a space for testing materials, packaging, designs and hardware.

The bright colours extend to the interiors, including the flaming red staircase with a circular carpet at its base. Rooms come furnished with Gucci Décor objects.

Says the brand’s CEO Marco Bizzarri: ‘[Gucci Artlab] is a testament to our belief in creativity, artisanal craftsmanship, innovation and technology, and sustainability, and our bond with our territory.’

Artlab is the latest innovation ushered in by creative director Alessandro Michele, who is keen to draw attention to Gucci’s geographical and artisanal heritage.

It follows on the heels of the Gucci Garden which opened in the city’s Palazzo della Mercanzia in January, and pays homage to the brand’s evolution from luggage maker to haute fashion house.

Read next: Gucci reveals its new Milan HQ in a former aeronautical factory 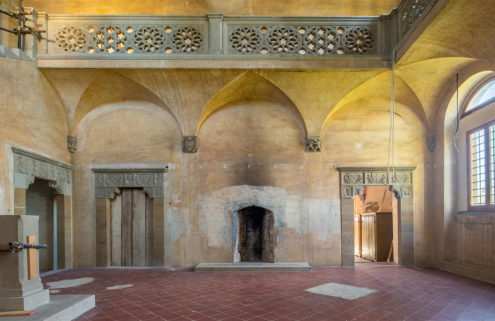 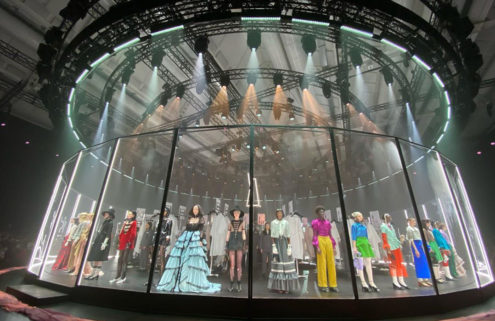 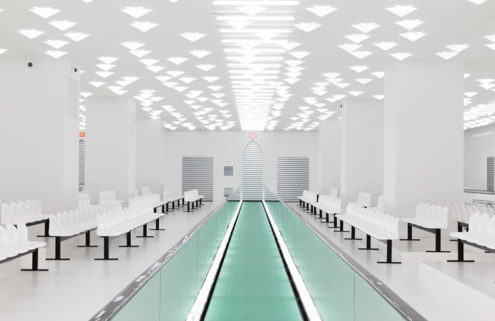 Gucci’s SS20 show was a clinical affair in Milan 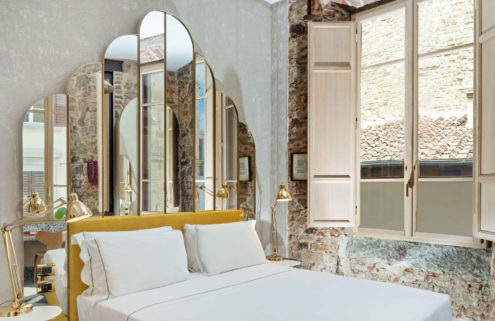 Florence’s Hotel Calimala is a classic palazzo with modern touches