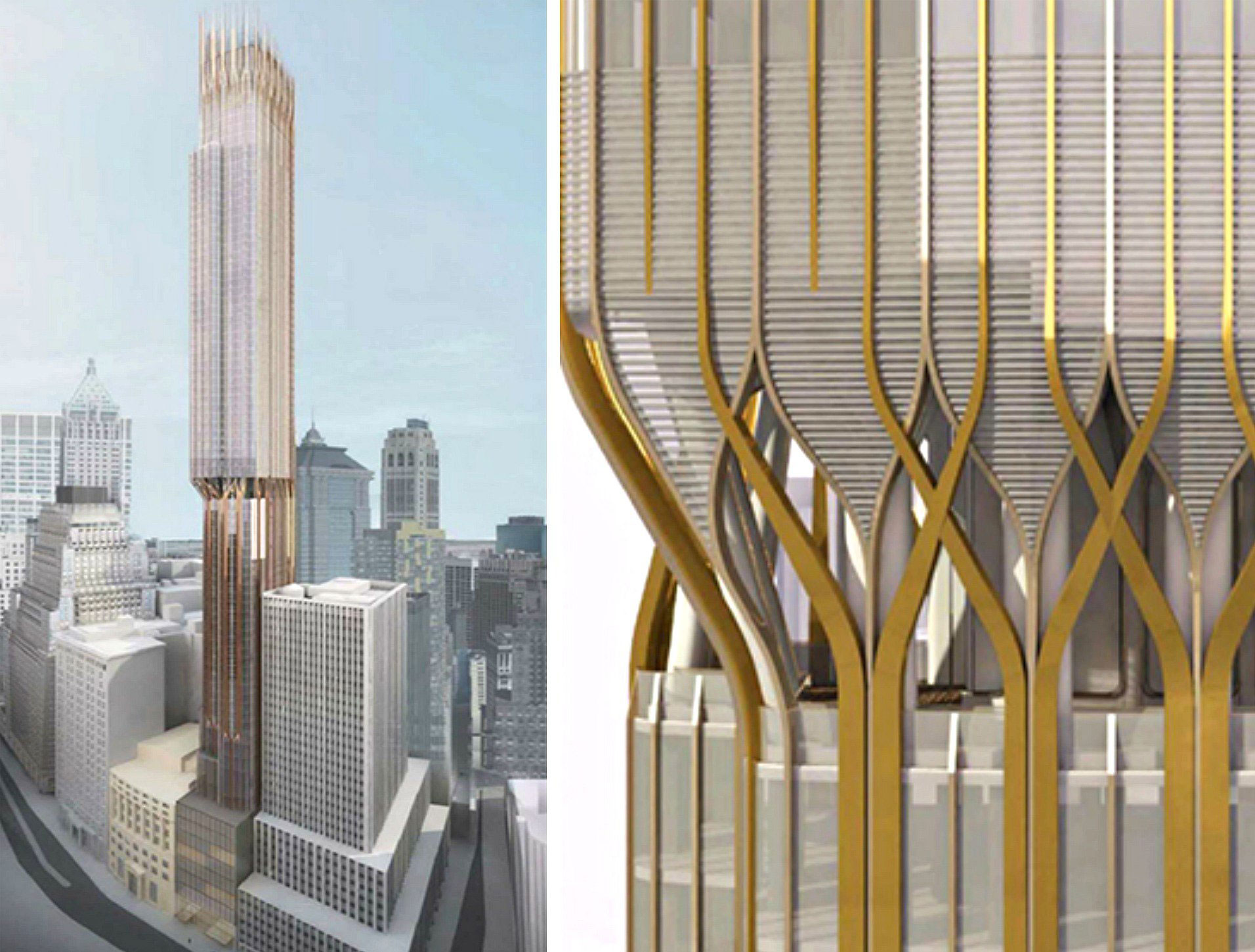 Marketing materials directed at Chinese investors – for whom real estate is a popular conduit to US residency – were intercepted by The Real Deal. They contain new information and images for the condo tower that will rise from a vacant lot on 45 Broad Street, offering between 200 and 250 units.

The project, a joint venture of Madison Equities and the Pizzarotti Group, is being designed by New York’s CetraRuddy, the practice behind the slender One Madison, a 50-storey construction with a stacked block aesthetic that broke the height ceiling in the Madison Square District back in 2010.

CetraRuddy’s newest work will do the same for the Financial District, southeast of the Freedom Tower. The building will be the tallest on surrounding blocks, at least until other supertalls exit the pipeline, and can be built as-of-right thanks to assembled air rights and density bonuses.

Golden steel slithers up a glass façade, shooting high above the roofline into a pointy crown. The building does an extreme tummy tuck from roughly the 10th to the 40th storey, in sync with a neighbouring building setback.

The gold bands weave together and apart at the top of the slender midriff in what one anonymous observer sees as reminiscent of the old World Trade.

Neither architect nor developer could be reached for comment, but Pizzarotti CEO Randy MacFarland confirmed the latest specs with Curbed in January, also offering that the building will cater to ‘entry- and mid-level buyers.’

Prices, as per the marketing package, may come in below $2,000 a square foot – considered conservative for new-builds in Lower Manhattan – but still at about $2 million for the average condo.

The building is expected to break ground later this year in eye of a 2018 completion. 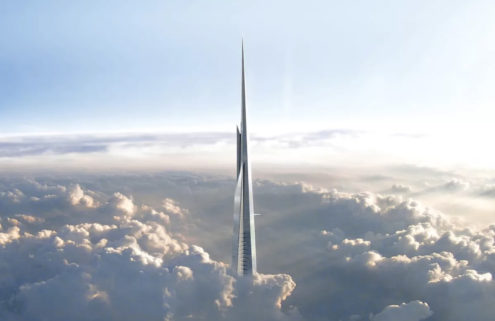 The world’s 10 tallest buildings topping out in 2020