‘Starchitect’ Frank Gehry is masterplanning the revitalisation of the Los Angeles River, it has been revealed.

Gehry – an LA resident himself – was commissioned last year by the Los Angeles River Revitalization Corporation to design improvements for the river corridor, which threads 51 miles through the city, but his involvement in the project had not been publicised until this week.

The 86-year old is a controversial choice for the programme. ‘Though Gehry’s firm has taken on a few masterplans, including an ill-fated attempt to redesign Atlantic Yards in Brooklyn for the developer Bruce Ratner, the office is best known for virtuoso stand-alone buildings including Walt Disney Concert Hall and the new Louis Vuitton Foundation in Paris,’ said LA Times architecture critic Christopher Hawthorne.

Gehry has been tasked with upgrading the river and turning it into an attractive outdoor destination but, beyond that, few details have been unveiled. The city approved a masterplan for the river’s revitalisation in 2007 and Gehry is understood to be updating that scheme.

The LA River was encased in concrete by the Army Corp back in the 1930s to control stormwater run-off. Today, it runs almost bone-dry as the State of California struggles to deal with one of the most severe droughts on record.

Environmental groups have long been campaigning for it to be returned to its natural state.

‘Last time there was a single idea for the LA River it involved 3 million barrels of concrete,’ said Lewis MacAdams, co-founder of Friends of the Los Angeles River, which is refusing to endorse the latest project. ‘To us, it is the epitome of wrong-ended planning. It’s not coming from the bottom up. It’s coming from the top down.’

MacAdams is worried that Gehry’s masterplan could put federal funding at risk for the $1.35bn Alternative 20 plan, approved in July, which will break-up the concrete and restore an 11-mile stretch of river near Downtown.

But speaking to Hawthorne, Gehry insisted said his ‘efforts will be complementary with earlier and ongoing ones,’ and that his interest in the river scheme is not about building landmarks along the riverbank, but as a hydrology project.

‘I told [the Revitalization Corp] “I’m not a landscape guy.” I said I would only do it on the condition they approached it as a water-reclamation project, to deal with all the water issues first,’ he explained.

Hawthorne says Gehry believes the River could potentially ‘store and even treat stormwater,’ and form an important part of the city’s future drought-strategy.

We’ll be listening out for more details as they are revealed. 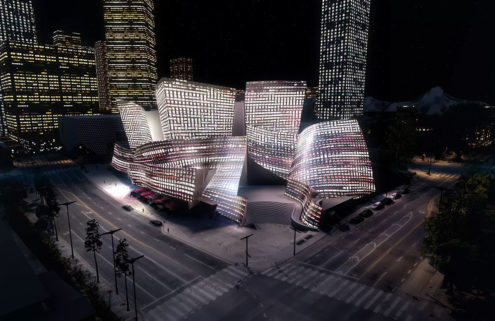 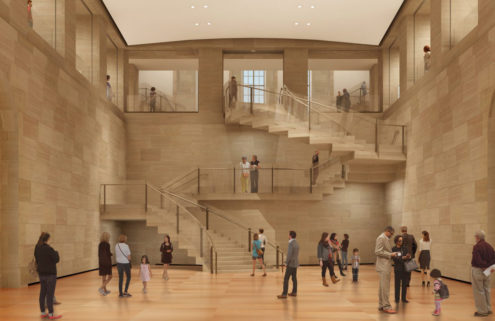