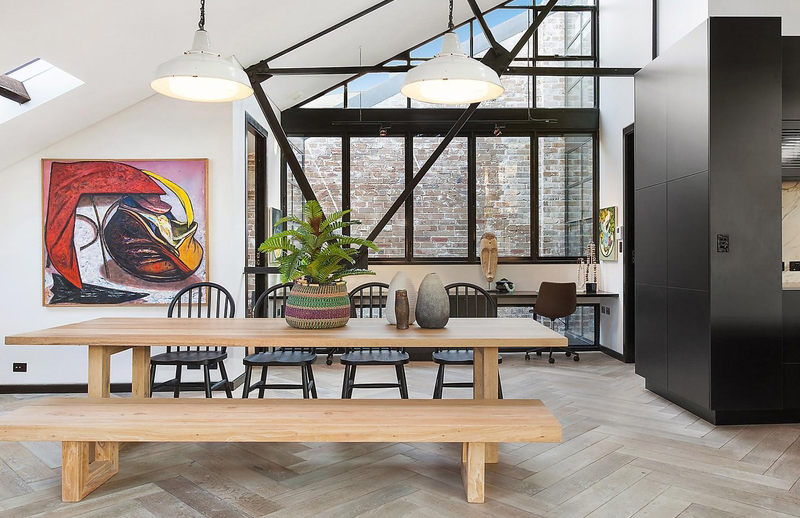 The former home of artist Fred Cress in Sydney’s Annandale is set for the auction block, with a guide price of $4m.

Cress, who scooped the Archibald prize in 1988 for his portrait of John Beard, lived at 43 Johnston Lane for 20 years before his death in 2009, when the warehouse passed to his son Julian, co-creator of home renovation show The Block.

Julian enlisted Brenchley Architects to renovate the sprawling loft – which won the 2015 Master Builders Association’s Award for Excellence – into a live/work space that pays homage to its industrial roots.

Said Julian: ‘We went crazy with it because we thought we would be living in it for the rest of our lives.’ 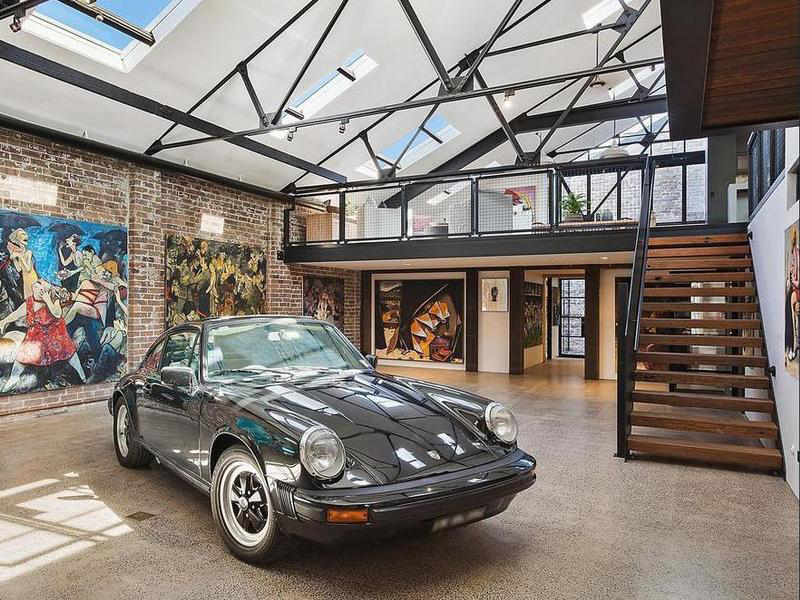 The ground floor space has been configured as a soaring gallery space, hung with Fred Cress original artworks, and flexible four car ‘drive-in-drive-out’ garage with a turntable platform. To the rear are two bedrooms as well as a sitting room and small courtyard.

A striking steel and wood staircase leads up to the first floor open-plan living spaces, which encompass a rooftop terrace with views over the surrounding neighbourhood. The kitchen and living room give way to the master bedroom suite and a fourth bedroom/study. Shared living spaces are enclosed via Crittal-style glass and steel partitions.

Now The Block is permanently based in Melbourne, Cress has decided to part ways with the Sydney property, which is marketed via Damien West of McGrath Newtown and will be auctioned on 24 March at 1.30pm.

Read next: A photographer’s vast Sydney loft lists for $3.2m