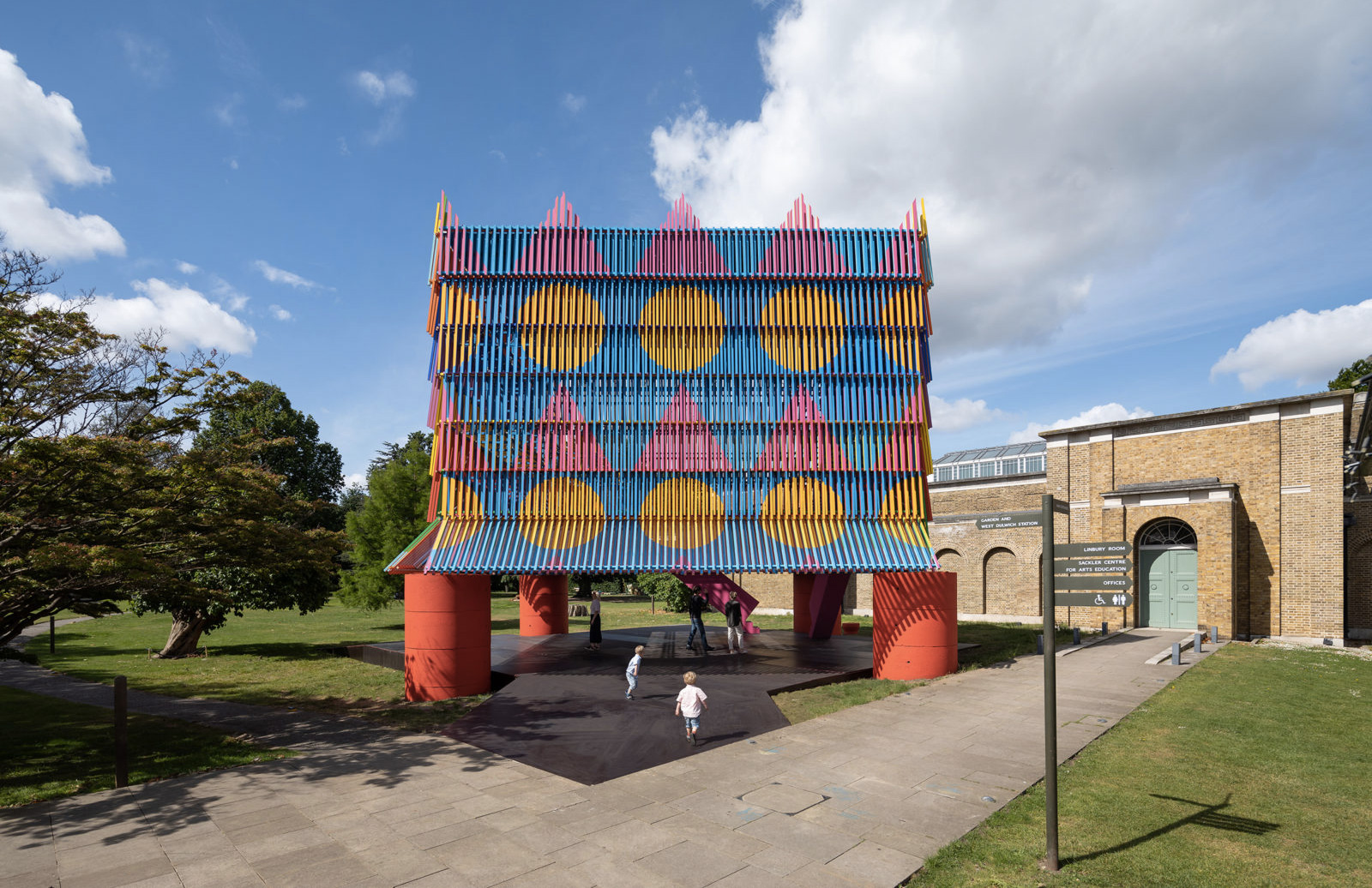 Via The Modern House

The 2019 Dulwich Pavilion opened to the public last week in South-East London, but one lucky owner can get their hands on it for good – if you’ve £25,000 to spare.

The gallery’s director Jennifer Scott described the playful pavilion as ‘a party hat sitting on columns that look like elephants’ feet’.

It’s now for sale via The Modern House – although the guide price does not include land to build it on. The Colour Palace will be delivered to its new home after 22 September, when it is removed from the gallery’s grounds, and the proceeds will be used to fund its commissions and public programme.

Read next: Why pavilions are the new collector’s items