Stirling Prize-winning Hastings Pier is already up for sale 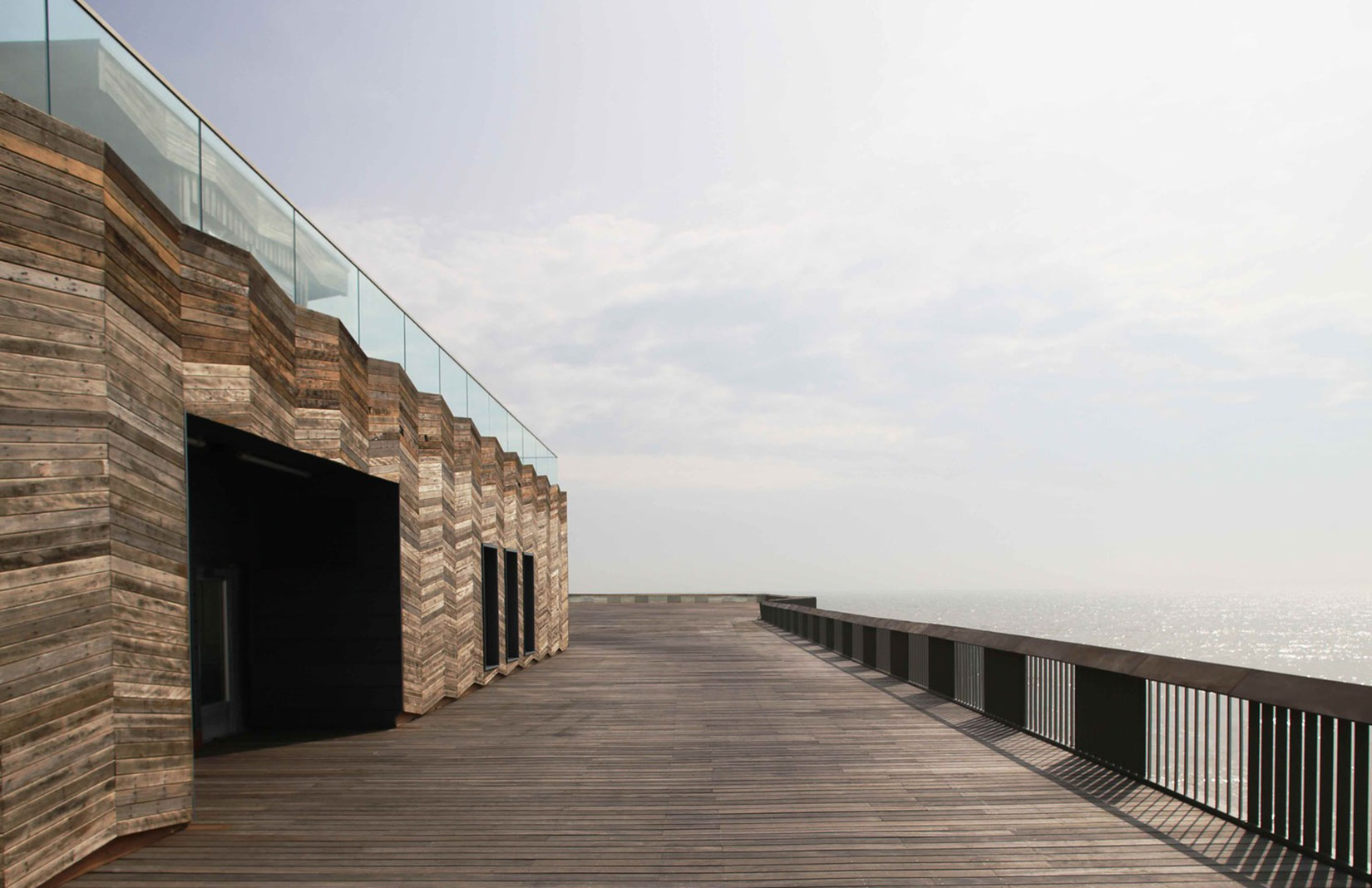 dRRM’s £14.2m renovation of the 146-year-old structure was hailed as a ‘masterpiece in regeneration and inspiration’ by Stirling Prize judge Ben Derbyshire, but now the pier is looking for a new owner less than two years after its grand reopening.

Hastings Pier Charity – despite initiating and overseeing its refurb in 2016 – failed to raise enough for the pier to become self-funding, and went into administration at the end of last year. It’s being sold via property agent GVA, which is reportedly considering all offers.

‘The pier is unique, and offers a custodian the opportunity to acquire a piece of Britain’s seaside heritage, with great potential as a leisure destination,’ said GVA’s Richard Baldwin.

Prior to its refurb, Hastings Pier had been permanently shut and it was only in 2013, when it was returned to local ownership, that plans for its rehabilitation went ahead.

dRRM’s new structure replaced the burnt out wreck that was left following a 2010 fire, and uses an open layout intended to create the sense of ‘walking on water’. Louvre balustrades wrap around the walkway, which includes a visitor centre clad in reclaimed wood and a set of timber stairs leading up to a platform that doubles as an events space.

Hastings Pier is home to a restaurant and diner, as well as several stores and a vintage seaside photobooth. It was named Pier of the Year 2017.

[Via The Architects’ Journal]

Read next: A boathouse in Henley-on-Thames hits the market