Converted fire station hits the market for $5.3m in Brooklyn 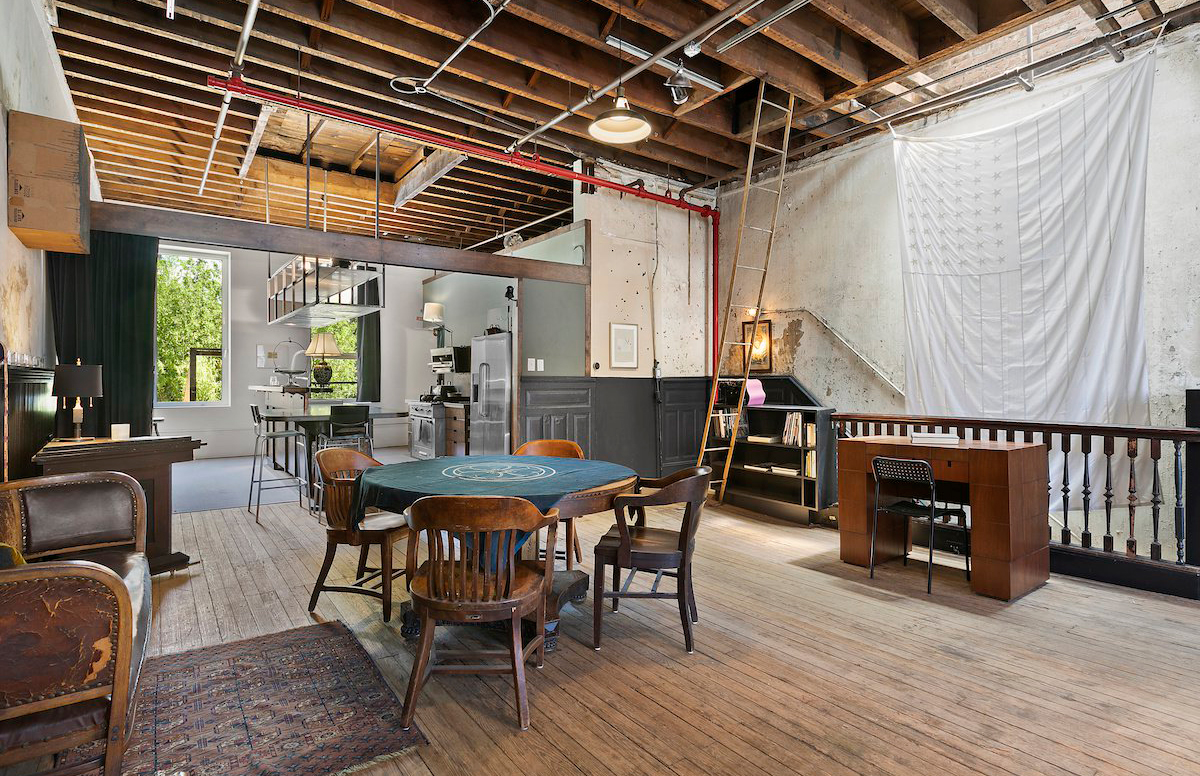 This live/work loft in Brooklyn’s Williamsburg is packed with details from its former life as a firehouse, as well as some new additions – including a bamboo garden.

The two-storey building is located on the waterfront, not far from the Williamsburg bridge. It was built in the 1920s, and although it’s been renovated since then – including a full refurb of its classic terracotta facade as part of its adaptive reuse – it retains its original wooden flooring and exposed joists.

High ceilings and huge windows run throughout the home, which is listed with Corcoran for $5.3m.

Its current owners have turned one floor of the Brooklyn property into an open-plan living space, which includes an industrial style kitchen. There’s also a sizable roof deck, screen by tall bamboo, and a 1,350 sq ft basement space, which could potentially be used as a gym, studio, or office.