Is it time to reassess the maligned movement?

As Britain’s contentious Postmodern architecture comes of age, the rebellious style is attracting a new generation of admirers.

Best known for its striking shapes and bright colours, the eclectic architectural oeuvre blends contrasting historic influences, and was conceived as a playful riposte to the clean lines of Modernism. For decades it’s divided public opinion, but with many PoMo buildings at risk of demolition, the architectural style might finally be overcoming its reputation, and finding new relevance…

Post-Modern Buildings in Britain, by Geraint Franklin and Elain Harwood, is re-assessing PoMo’s merits, tracing its history and celebrating some of its best examples – from civic and commercial buildings and housing estates to landscape design.

‘The built works of British Post-modernism, always in the minority, are today fast disappearing – hence this book,’ explain the authors. ‘But the post-modern movement’s guiding principles and strategies – chief among them pluralism, context, narrative and subversion – have never been more relevant to contemporary architecture.’

American architects Robert Venturi and Denise Scott Brown founded the movement in the 1960s in the US, and by the 1980s it had established itself in England – championed by architects including Terry Farrell, James Stirling and John Outram.

Franklin and Harwood’s book spotlights the country’s most starting PoMo additions, including Stirling’s iconic One Poultry – a candy-striped building with coloured windows and stone bays, which took reference from Roman rostral columns and submarine conning towers.

Also included is Farrell’s original design for TV-am studio, which featured a Japanese temple, a Mesopotamian ziggurat staircase and Italian garden – the building itself was partly demolished in 2012 – as well as Outram’s Harp Heating, which featured Greek columns topped with giant flame motifs. The book also shines light on lesser known PoMo buildings outside of London, and municipal additions to the landscape.

‘The sudden eclipse of Post-modernism in the 1990s left unanswered questions about its lasting contribution to British architecture,’ says Franklin and Harwood. ‘As a style its passing was regretted by few, yet its extensive critical and theoretical armoury continues to be exploited in different ways.’

‘Postmodern Buildings in Britain‘ by Geraint Franklin and Elain Harwood is out now, published via Batsford 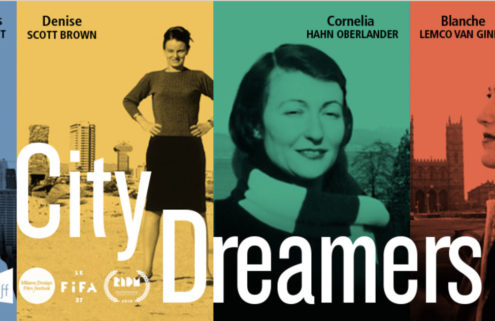 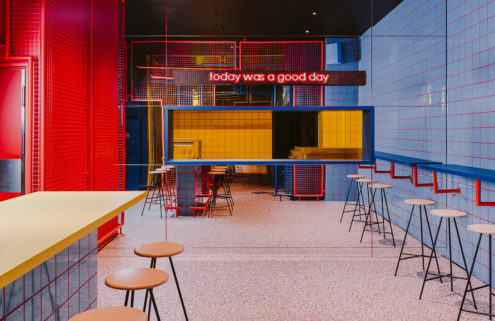