Property I by Louise Harris

A floating cabin with views of the Bay

The former floating home of The Giving Tree author Shel Silverstein has listed in California for $783,000, and it combines whimsy with an unusual history.

Dubbed Evil Eye, the boat was originally a WWII balloon barge, used by the US military until it was decommissioned. It was later transformed into a two-storey, 1,200 sq ft houseboat that Silverstein purchased in 1967 and owned until he died in 1999.

The Californian property is moored at 8 Liberty Dock in Sausalito and looks like a floating cabin thanks to its rustic timber exterior. It’s been renovated by its present owner, who bought it in 2017, and has given its deck a fresh coat of paint and reconfigured its floorplan.

Walls and ceilings are original dark wood planking, which continues the rustic aesthetic. A skylight funnels light into the main living space, while side windows are stained glass. 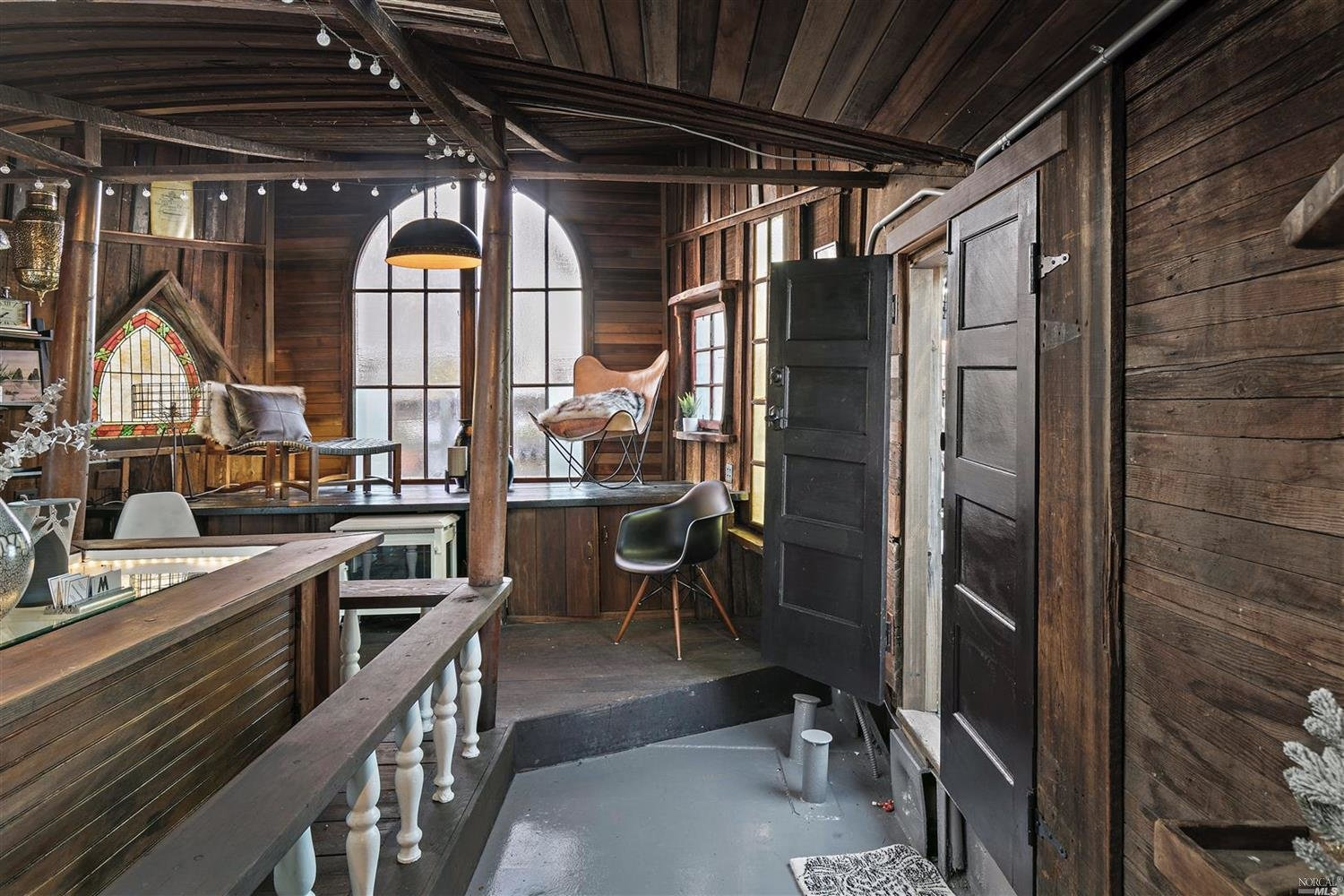 Updates inside the houseboat – on the market via Dianne Andrews of Engel & Voelkers – include a new kitchen, cabinetry and appliances, and a home studio off the bedroom.