Apartments at Killing Eve’s fictional ‘Hotel Atlasov’ are for sale 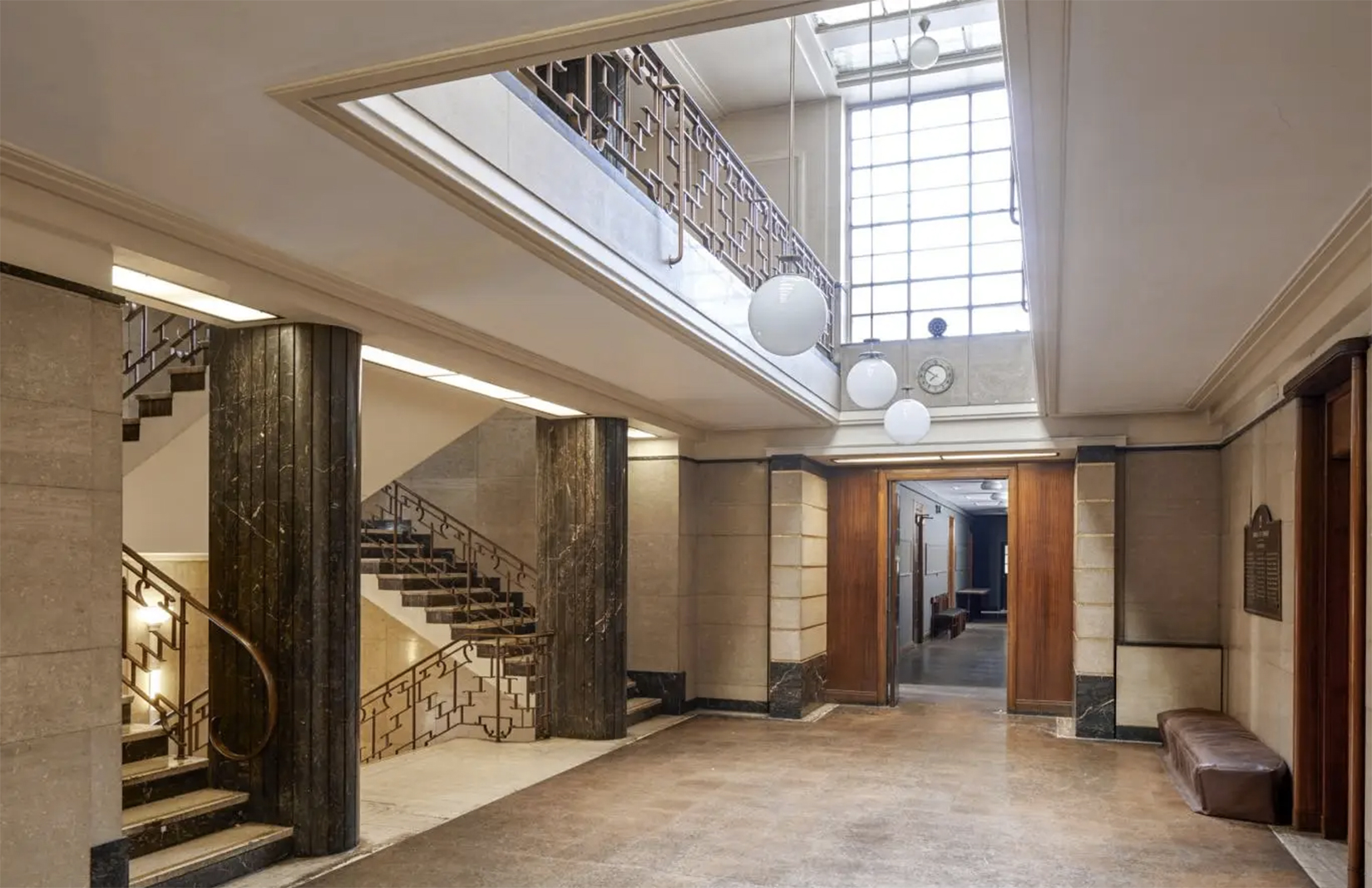 Eagle-eyed Londoners might recognise the interiors of Killing Eve’s Hotel Atalsov in Moscow – the scenes were not filmed in Russia but inside Hornsey Town Hall in Crouch End.

The Grade II*-listed Art Deco building was designed in 1935 by architect Reginald Uren. While it’s no longer used by the council, it is currently undergoing refurbishment to include an arts centre and hotel. The redevelopment will also include a newly built collection of studio, one, two and three-bedroom apartments, constructed in the former Town Hall’s grounds.

Beyond Killing Eve, the building has been used as a film location in a number of films and television shows including Whitechapel and The Hour.

Practice Make Architects designed the apartments, which will feature layered brickwork and geometric metal balustrades inspired by the Town Hall’s Art Deco past. Some of the apartments have floor-to-ceiling windows and chevron flooring in homage to the original design.