Angelina Jolie’s childhood home in a rural enclave of Upstate New York has gone on sale for $2.049 million.

The mid-century modern property – dubbed ‘The Whitney House’ – was built in the 1950s for a descendant of Gertrude Vanderbilt Whitney, founder of the Whitney Museum of American Art in New York. 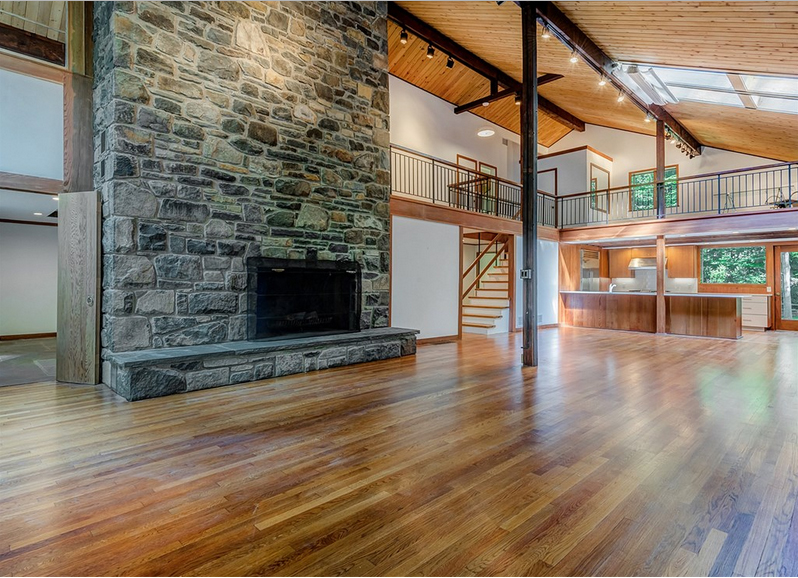 It features a high-pitched gable roof, exposed roof beams and 30ft-high ceilings in the central living area. Recent work to the house in leafy Snedens Landing restored many of its original features, including its natural stone walls and wooden beams and floors.

‘My style is to simplify and restore to the original condition,’ Eugene Kohn, the house-flipper selling the property, told the Wall Street Journal.

The 4,000 sq ft house – which also comes with two acres of outdoor land – became home to Jolie in the 1980s following the divorce of her parents, actress Marcheline Bertrand and actor Jon Voight. She lived there with her mother and brother, actor James Haven, before moving to Los Angeles for high school.

Listing agent Richard Ellis of Ellis Sotheby’s International Realty said: ‘Everybody in the neighbourhood always [talks about it].