Interiors I by James Laird

9 websites changing how we use our cities

Unlocking everything from spare rooms to driveways…

Could this green-filled dining room in Notting Hill be your next office? Courtesy of Vrumi

When was the last time you booked an actual hotel room? Or hailed a black cab off the street? What about calling a restaurant directly to order your takeaway? Chances are you don’t do any of these things regularly in 2016 – if at all.

Make no mistake, the sharing economy has changed the way we live. It has saved us money, helped us meet new people, and allowed us to make the most of our often all-too-limited time.

But above all else, it has reimagined the way we interact with the physical spaces around us, be they cars, offices, or bedrooms.

With that in mind, we’ve rounded up nine of the most important sharing economy apps and services out there. Some are now household names, others the IPOs and M&As of tomorrow, but all can help you live, work, and use space a little more smartly.

If one platform really brought the phrase ‘sharing economy’ into the popular lexicon, it was Airbnb. Our homes may still be our castles, but they’re also a space we now frequently share with strangers (or rent out entirely). If you’re under 40 – or over, for that matter – it’s unlikely you’ve booked a traditional hotel of late, because of the better value, localised experience offered by Airbnb.

And at a time when housing is at a premium all over the world, it provides a straightforward way of ensuring homes don’t remain empty for long periods of time. Which isn’t just a good business model, it’s common sense.

Appear Here is the world’s largest online marketplace for short-term rentals, bringing the pop-up revolution to vacant stores and spaces in cities all over the world. It’s already received substantial investment from the previous backers of Hailo, Pinterest, Spotify and uSwitch, and will soon be bolstered by capital from Topshop, TfL and EE. Making renting space as easy as booking accommodation or a taxi, it’s already got more than 25,000 brands and 1,500 spaces on-board.

Despite being fairly fresh-faced, it’s a pretty evolved concept already: you can search for different types of spaces (market stalls, rooftops, galleries) and the site also offers useful content, like how-to guides. Not everyone has the cajones to quit their day job and pursue their dream, but Appear Here allows you to dip your toes in the entrepreneurial waters without risking it all – while helping bring empty pockets of our cities back to life.

Thanks to platforms like Eatwith, ‘eating out’ is no longer confined to white-linened restaurants. The self-proclaimed ‘Airbnb for home-cooked meals,’ Eatwith is a simple service that helps unite home-cooks with hungry folks, allowing you to realise your supper club dreams without having to fork out for a rented space.

Launching a pop-up is an idea many of us have flirted with, but the overheads associated with securing staff, a venue, and the necessary bits of official paper mean it remains little more than a pipe dream. Eatwith democratises the whole process, letting you make the most of the space you already have, rather than signing away your life savings. If you’ve ever fantasised of bringing your secret lasagna recipe to a wider audience, you can now make it happen – without leaving home.

While most of us probably prefer having a roof over our head when we travel, there’s a certain charm to the great outdoors. Enter Campinmygarden, which is basically Airbnb without the home comforts. It’s every bit as simple as it sounds: people list their garden as available for camping, and you go pitch your tent there for a small fee. When you think of maximising the value of your spaces, your garden might not be the first thing that comes to mind. Maybe it’s time for a re-think?

Founded in 2005, three years before Airbnb would drop onto the web, Fon is now the world’s largest Wi-Fi sharing network, taking in no less than 15 countries including Spain, Germany, France, the UK, South Africa and the United States.

The premise is pretty straightforward: with a compatible router, you can share your connectivity with others and, in exchange, receive access to Wi-Fi when you’re out and about.

This freedom allows you to take back the power in your relationship with physical spaces. In bringing digital connectivity to locations all over the world, Fon allows pretty much anywhere to become an office or remote working environment – from park benches to train platforms and museums.

What Airbnb does by night, Vrumi does by the hour during the day. It’s not nearly as seedy as it sounds, though. In fact, Vrumi is aimed squarely at the normal professional, letting you rent out spare space in your home as a temporary office.

Homeowners can earn a bit of money on the side, while budding entrepreneurs can find a bit of desk space without committing to costlier co-working offices. Yes, we need to eat, sleep and party – but we also need to work too!

Currently live all over the UK, Vrumi will surely set its sights on international expansion soon. In the meantime, ShareDesk is a slightly more sterile alternative, letting you rent spare desk space in offices all in 440 cities across 70 countries.

Splacer, like many others on this list, is ‘the Airbnb for’ something: in this case, event spaces. What sets the site apart is its treasure trove of really unique spaces – hand-picked by its architect founders – with the site featuring everything from your classic hipster loft to geodesic domes and distilleries for hire. And that’s just taking a small slice of New York.

The website is slick, intuitive and easy to use – anyone who has ever used Airbnb will find it very familiar. Whether you need an inspired space for a meeting, party or photoshoot, Splacer will help you find it, provided you’re in San Francisco or New York, where the service is currently limited to. But we suspect it won’t be for long.

Across the pond, Headbox is a younger UK rival with big ambitions – and equally beautiful locations. Time will tell which one achieves global domination.

JustPark takes the shared economy concept and applies it to something that irritates us all – finding a parking space. There are loads of apps and sites that will help you find a traditional car park to rock up at, but what’s unique about JustPark is that it’s focussed on private parking.

People list vacant driveways or backyards, and drivers roll up to give their wheels a rest on the cheap. That’s it. As the site’s location engine is based on Google Maps, JustPark has listings for a wide range of international destinations including the UK, Europe, US and Australia.

Great for drivers? Sure, but arguably more important for homeowners and even businesses. Like Airbnb has done for spare rooms, JustPark does for empty driveways and parking spaces – making them sources of income rather than just useful spots on bin day.

Parkopedia is a less folksy but equally comprehensive alternative that also takes in public parking sports, while Park On My Drive is another grassroots option.

Locations Hub does one thing and does it well – it helps you find an inspired location for film and photography shoots. Covering 15 countries and diverse locations such as Nicaragua and Jamaica (as well the usual suspects like the UK and US), it’s as easy to use a Google and has a nifty lightbox feature that lets you store your favourite locations.

But it has competition. Set Scouters is another hot startup that does exactly as its name suggests, allowing people to list their homes and buildings for hire as film sets. Covering Toronto, NY, Austin, Chicago, Miami and LA, it’s definitely one to watch.

Read next: Why Lisbon’s start-up scene will hit full throttle in 2016 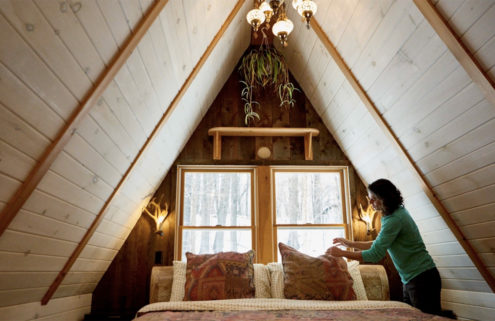 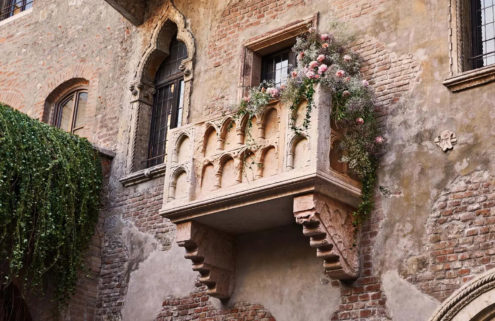