Actress Rosamund Pike falls under duress of a cybernetic orb in the music video for Massive Attack’s ‘Voodoo In My Blood’ – shot in the Joe Strummer Subway by London’s Edgware Road.

Directed by Ringan Ledwidge, the video sees the Gone Girl star dragged about the tunnel, named after The Clash frontman Joe Strummer, who used to busk in the subway. At one point – not for the squeamish – the golden orb pokes her in the eye with a needle.

‘Am I involved…? Someone said the girl in the video looks like me,’ Pike said. ‘I have been to the Joe Strummer Subway. I did have a strange encounter there once.’

The underpass was named after Strummer in 2009, seven years after his death, and contains the Subway Gallery – an underground space set up by artist Robert Gordon McHarg III inside a 1960s kiosk.

‘Voodoo In My Blood’, which features British group Young Fathers, is the latest release from Massive Attack’s EP Ritual Spirit.

Invisible House reflects the Californian desert from its mirror-clad walls 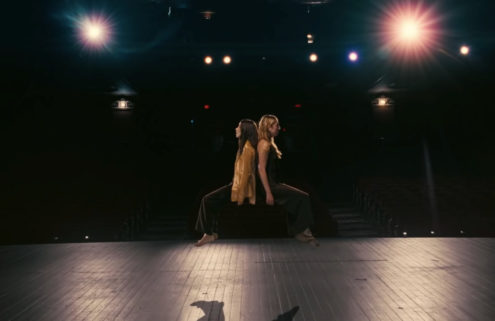