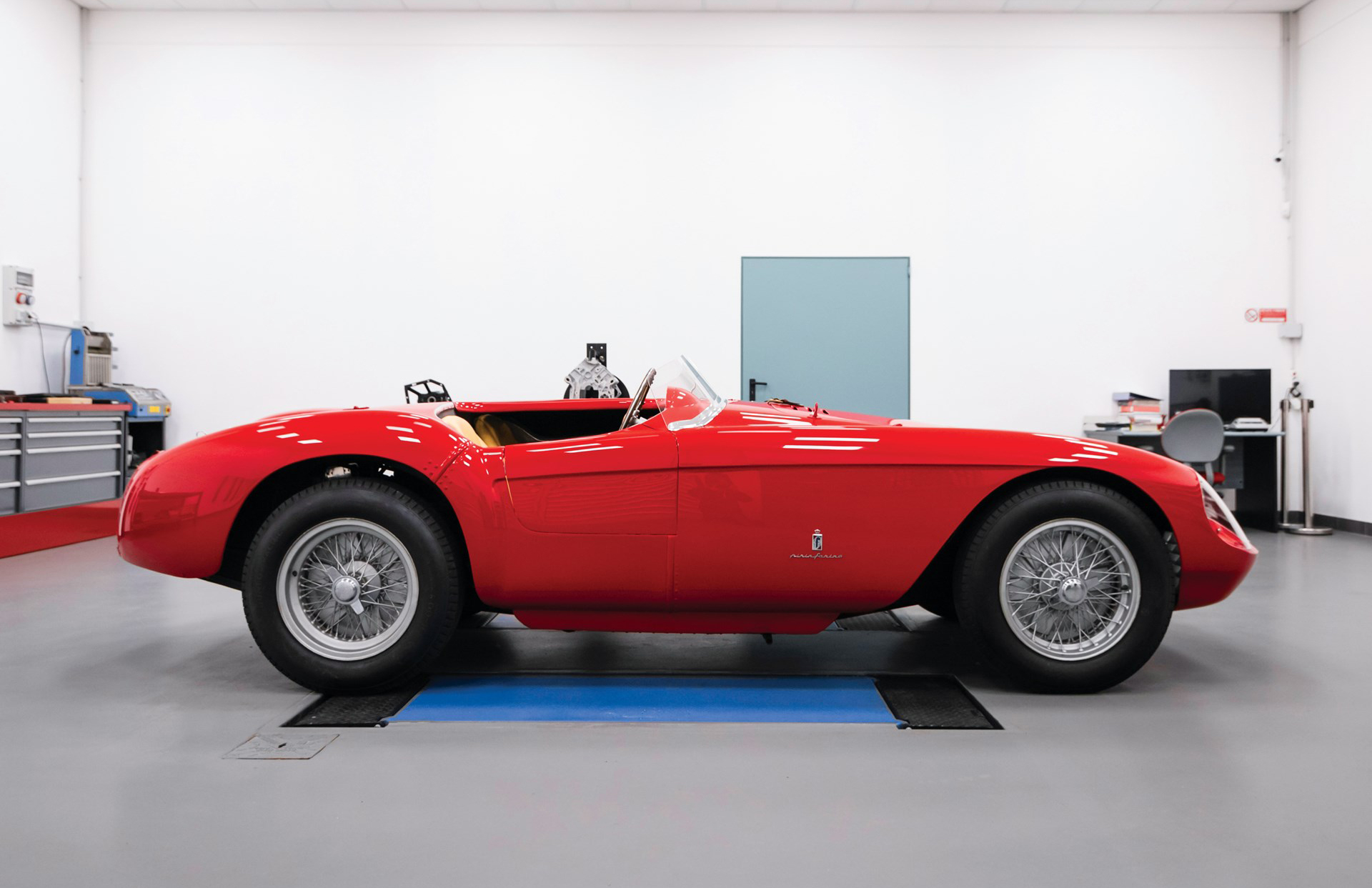 Auction watch: a rare, limited edition 1954 Ferrari 500 Mondial Spider is set for the block in Como with a guide price of €4.2m following its careful refurbishment.

It’s one of only 13 Pininfarina Spiders ever built in Maranello and features the covered headlight bodywork unique to the first series of cars.

American entrepreneur and housing developer Tony Parravano bought it in the 1950s to add to his collection of Maseratis and Ferraris and helped establish the car’s reputation in the Californian racing circle.

It’s only had a handful of owners since then and has been recently refurbished by Ferrari Classiche – including a new interior. Its original engine, gearbox and bodywork are all intact.

The car will be auctioned by RM Sotheby’s  as part of its Villa Erba estate sale on 25 May.

Read next: BMW teams up with The North Face on a futuristic element-proof camper