TV show homes we wish we lived in

Our favourite abodes on the small screen

We’re living in the golden age of TV, with shows such as Game of Thrones becoming an essential part of our weekly evening rituals. Streaming services have only fuelled our addiction, multiplying the number of stories we’re beaming into our bedrooms and living spaces.

But what about the homes these shows invite us into? Where do some of our favourite characters seek a bit of r&r? From Khaleesi’s pyramid palace in Meereen to Monica’s Manhattan apartment in Friends, here are the TV show homes we wished we lived in…

Shoshanna’s brief stay in Tokyo in the latest season of Girls was a welcome change to viewers accustomed to the sights and sounds of the show’s New York backdrop. The character lives in the colourful Reversible Destiny Lofts, designed by architects Shusaku Arakawa and Madeline Gins as an experiment in ‘overcoming death’ through architecture. For fans of Girls, the very same unit used in the show is available to rent on Airbnb. 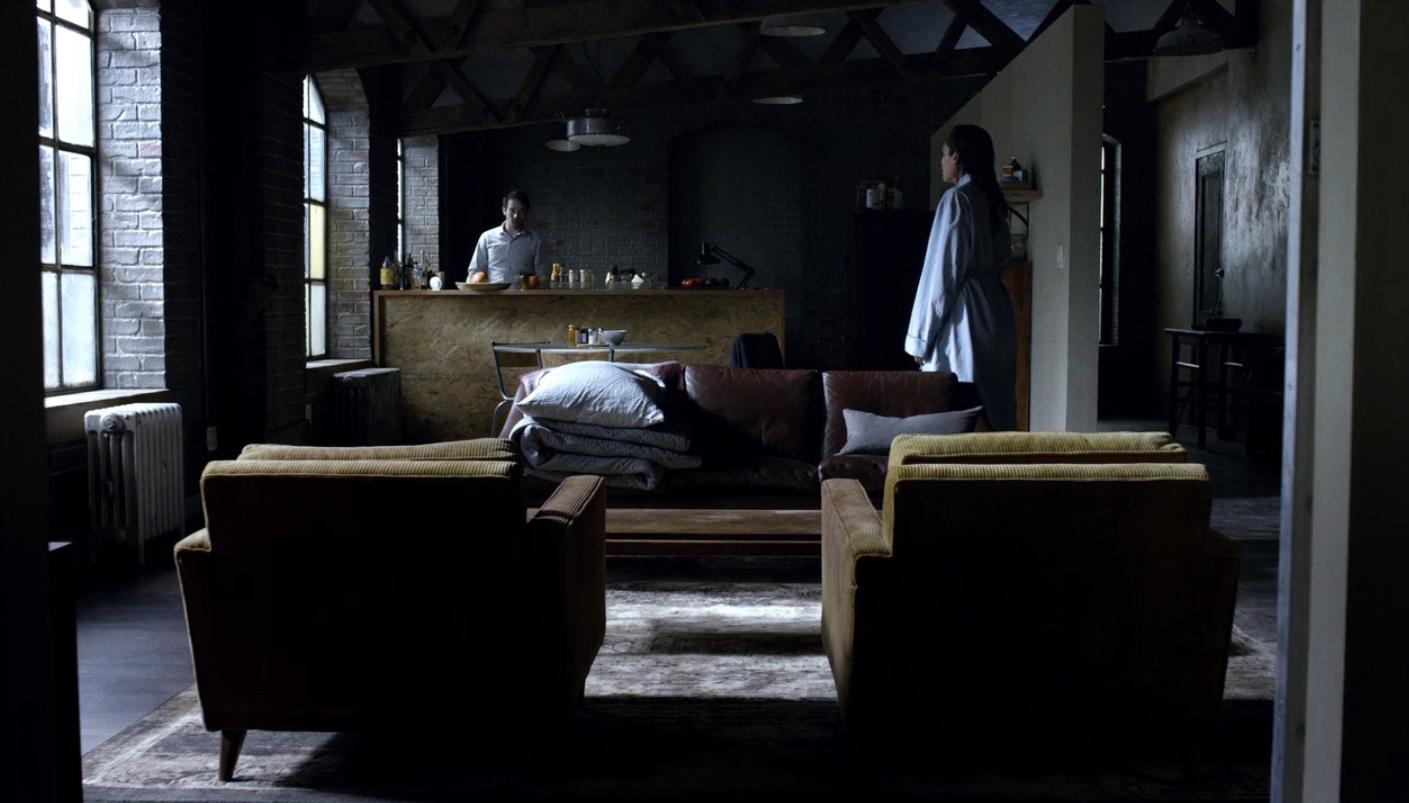 The Netflix show’s title character explains early on that nobody wanted his spacious Hell’s Kitchen loft because of a large neon billboard outside that keeps its residents up at night. That’s not a problem for the blind Matt Murdock, who spends most of his nights chasing bad guys anyway. At least his guests can reap the aesthetic rewards of the discounted rent with the loft’s exposed brickwork, steel windows and wood flooring.

In keeping with Mad Men’s timeframe, Don Draper’s Upper East Side home is a monument to Midcentury Modernism and piqued our passion for 1960s style once more. Designed by set decorator Claudette Didul, the space features custom-made sofas and ottomans as well as a glass-topped coffee table and a vintage magazine rack.

Wayne Manor has always been the prized property in all things Batman but a new star has emerged in TV show Gotham: the clocktower penthouse of Barbara Kean, ex-fiancée of detective Jim Gordon. Set designers Doug Kraner and Regina Graves conceived the space as an escape from the crime of the city streets below, filling it with Art Deco furnishings and 1930s Hollywood-inspired finishes. 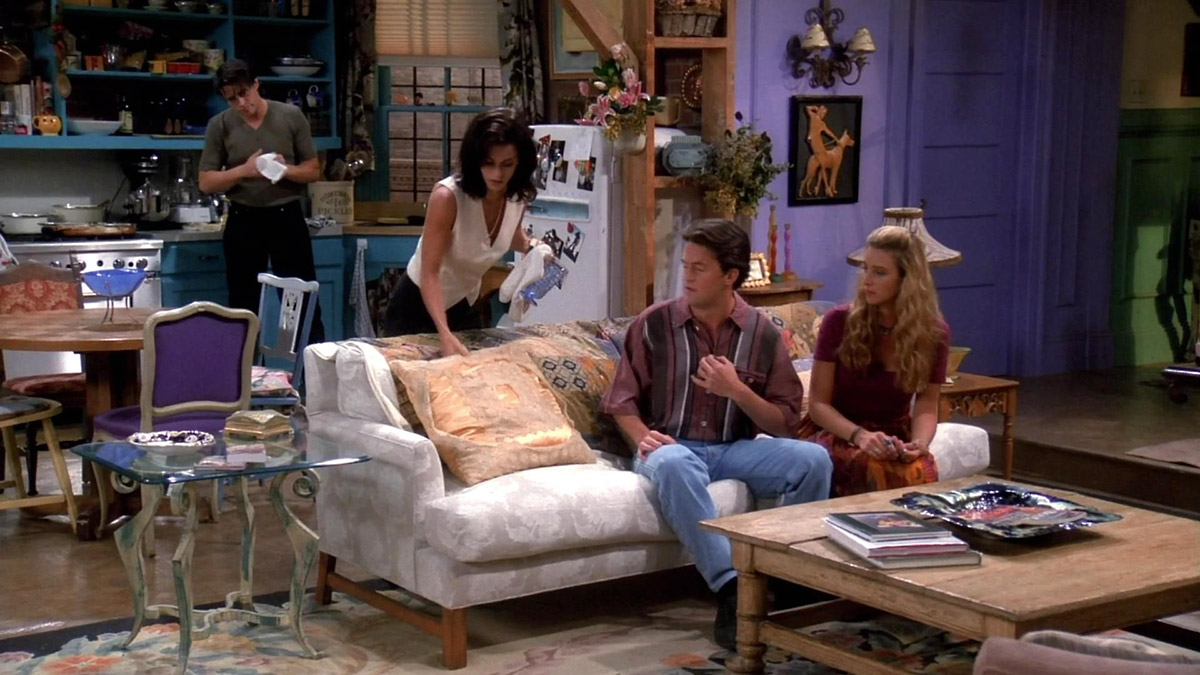 ‘Because of rent control, it was a friggin’ steal,’ Chandler explains in the show’s finale, putting to rest all our questions about how Monica could ever afford this Greenwich Village property in New York. For much of the 1990s and early 2000s the apartment was our second home, as we got cosy with the gang in the surrounds of the space’s purple walls, cluttered kitchen and its large windows that peered into Ugly Naked Guy’s apartment (which later became Ross’).

What holds three dragons, a dwarf and an army of eunuchs? Khaleesi’s Meereen pyramid palace, of course. According to Deborah Riley, production designer and art director for Game of Thrones, the towering structure was inspired by Frank Lloyd Wright’s Mayan Revival work. Daenerys Targaryen’s ‘penthouse’ atop the pyramid specifically references Wright’s Hollyhock House and Ennis House in LA.

The Flintstones – Stone home in Bedrock 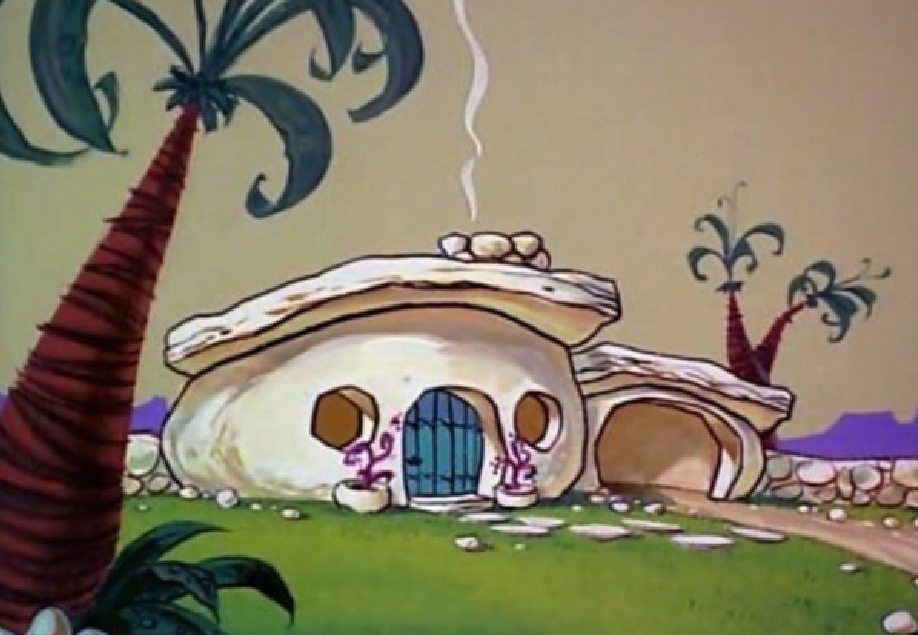 The show took some liberties when it came to depicting the Stone Age – taxis, airports and drive-in movie theatres being among the show’s playful anachronisms – but they got the material right when it came to housing. Fred and Wilma’s stone cave is organic architecture at its best. Architects still try to replicate it today – think Smiljan Radić’s Serpentine Pavilion on the manicured lawns of Hyde Park in 2014.

For New Girl’s main set piece, showrunner Liz Meriwether opted for a loft in Downtown LA’s flourishing Arts District, an area filled with warehouses that’s become popular with creatives and millennial types. The loft space comes with all your staple industrial details, including raw beams and exposed brickwork as well as an unusual public-style bathroom, complete with urinals.

The real-life manor of Downton Abbey is actually Highclere Castle, a Jacobethan-style country house in Hampshire. Its 19th-century turrets, and grand Drawing and Dining Room have also appeared in the classic Hugh Laurie and Stephen Fry sitcom, Jeeves and Wooster. Fans of either show can visit the site over summer, when the castle opens its doors to the public.

Production designer Bob Shaw wanted the opulent digs of the ageing Commodore, once the top dog of Atlantic City’s power players, to hark back to the 1880s. New York’s Park Avenue Armory – specifically its Veterans Room, built in the late 19th century and recently restored – was a fitting location to convey the spirit of the ‘old guard’, so embodied in the Commodore’s character in Boardwalk Empire.

Although Sherlock is set in the present day, the interiors of the famous detective’s digs are a throwback to the Victorian age with their dark, patterned wallpaper and carpets. And while he might be Baker Street’s most famous resident, the building facade in the show is actually on North Gower Street in London’s Bloomsbury.

It would be remiss to talk about TV homes without delving into the murky depths of a Scandi noir. In The Bridge, the minimalist home of Viktoria Nordgren is a particular architectural highlight. The location, overlooking a lake in a former lime quarry, is a real-life residence in Sweden’s Malmo, designed by architect Jonas Lindvall and completed back in 2008.

Sex and the City – Carrie’s apartment 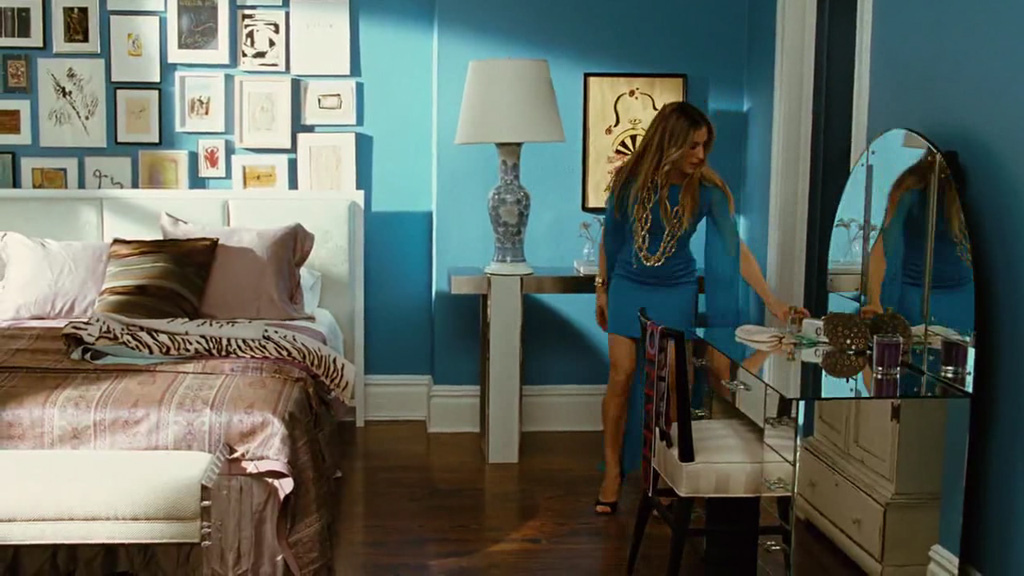 Carrie Bradshaw’s one-bedroom Upper East Side apartment in Sex and the City features bright blue walls and a myriad of framed art above her bed. The brownstone facade of the building used in the show, though, is actually in Greenwich Village and was sold for $9.85 million back in 2012. So probably not affordable for a writer and columnist…

Read next: 5 of the best interiors on the big screen 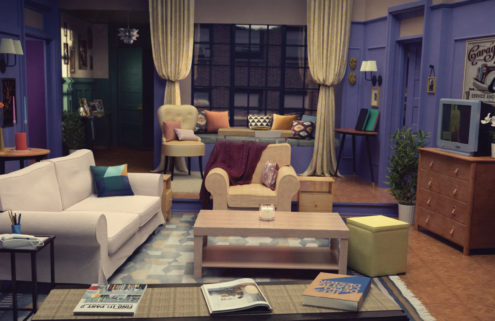 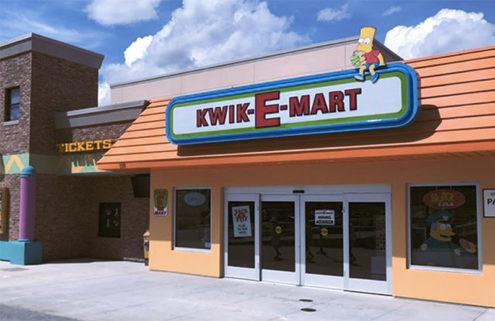