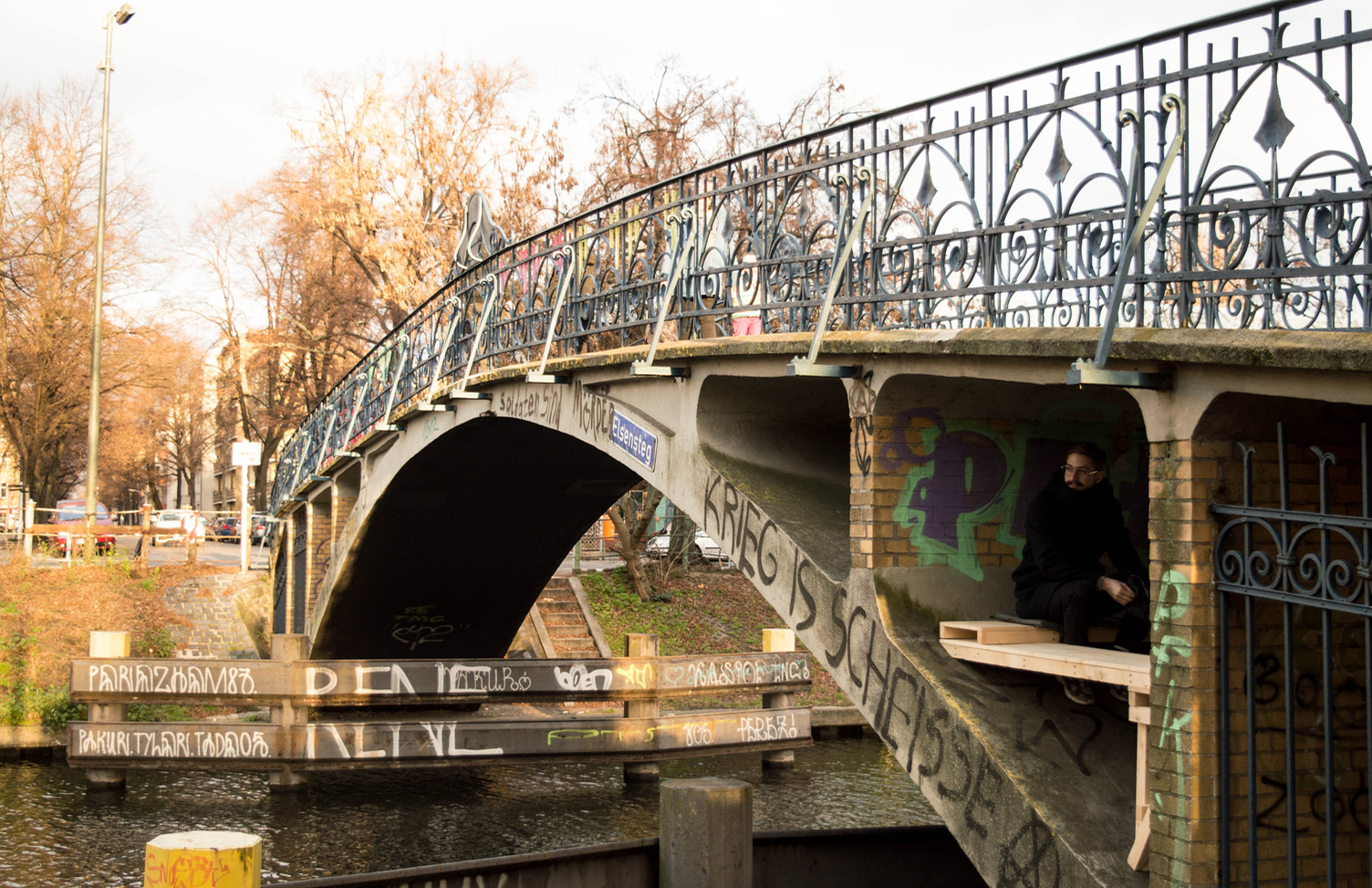 A pint-sized piece of parasitic architecture has popped up in Berlin, where a pair of designers have built a tiny retreat beneath a bridge.

Located in Neukölln, the Brückenbunker micro refuge is built from recycled planks of wood which create space for people to lie down and sit.

There’s just enough small for a small group to congregate and enjoy prime views of the nearby Landwehr Canal, sheltered by the concrete and brick of the Elsensteg bridge overhead.

Its designers, Lucas Ibarra and Ramiro Carro, describe the micro intervention as an act of ‘urban communal resistance’. Although they initially only shared it with friends, the pair say they’ve enjoyed seeing passersby also discover the temporary parasitic structure, and share it with others.

‘Somehow this intervention intends to enforce for the inalienable right that we have as citizens to change and reinvent the city according to our most intimate desires and convictions,’ says the duo.

The micro-refuge follows in the footsteps of designer Fernando Abellanas, who installed a secret ‘‘parasitic’ studio beneath a bridge in Valencia.

Parasitic architecture refers to architectural interventions that are attached to larger, existing structures. They are socially provocative and respond to issues identified in the city fabric.

Working on your own parasitic project? Get in touch: submissions@thespaces.com

Watch this prefab home built itself in under 10 minutes

Berlin bar and restaurant Kink is ready to serve you now