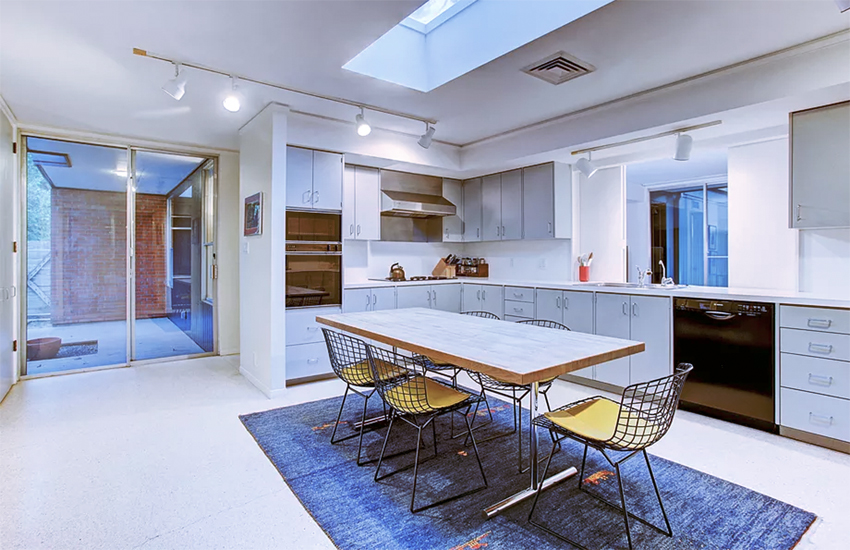 The midcentury modern home of architect Tom Mckittrick has hit the market in Houston for $890,000 – and its packed with original details.

Mckittrick designed the Texas property in 1964 and two years later the bolthole featured in Better Homes & Gardens magazine, including its bespoke kitchen, which is unaltered.

Now on the market via Robert Searcy Properties, 1111 Guinea Drive has been modernised in places: originally a three-bedroom home, two smaller bedrooms were combined to create the large master suite, and a separate studio was added in the early 1970s.

But it stays true to its modernist roots with a sweeping open layout that drives views towards the garden and patio – accessible via sliding glass doors. Brickwork has also been left exposed across the two-bedroom home, while flooring is poured terrazzo.

Read next: Modernist house by Rudolph Schindler in the Hollywood Hills lists for $1.9m