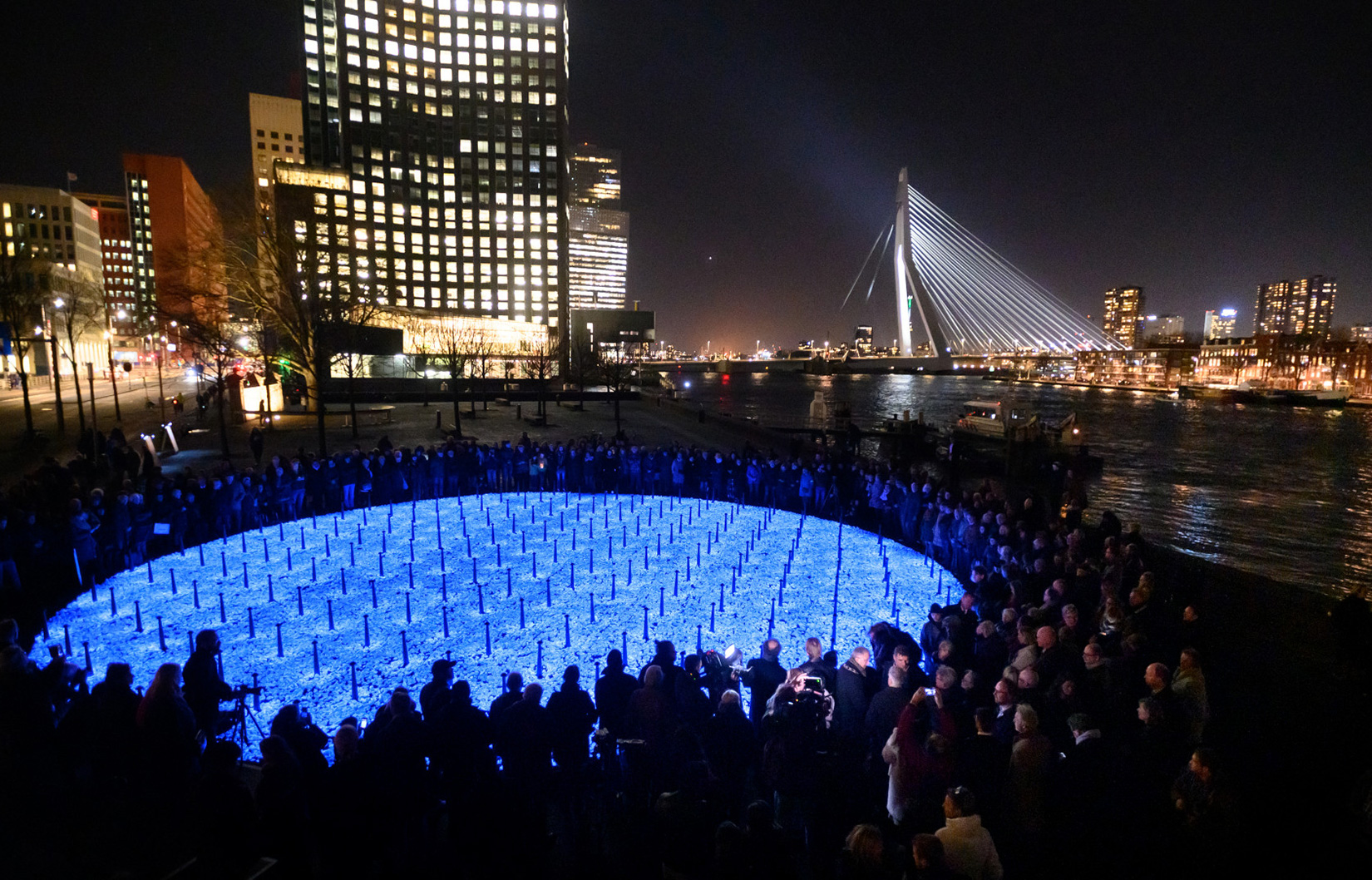 Studio Roosegaarde has installed an interactive light monument in Rotterdam that pays homage to 104,000 Dutch Jews, Roma and Sinti people killed during the Holocaust.

Titled Levenslicht, the monument commemorates 75 years since the liberation of Auschwitz concentration camp and comprises 104,000 luminescent stones collected from the River Nieuwe Maas in Rotterdam, where victims were deported.

The studio drew on the tradition of memorial stones as inspiration for the haunting light installation. They have significance in all three cultures but particularly Jewish tradition, where they are used instead of flowers to remember the dead. The stones have been soaked with fluorescent pigments that glow blue under a UV light, turned on in sequence to replicate the act of breathing.

Following its unveiling in Rotterdam, Levenslicht will travel to 170 municipalities in the Netherlands with ties to the Holocaust from 22 January to 2 February 2020.