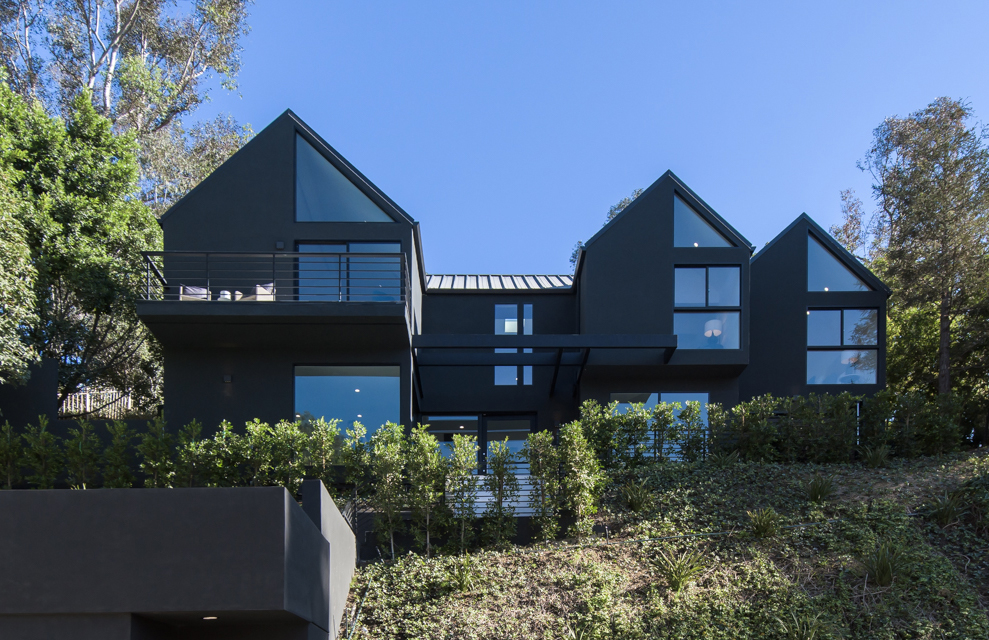 Via the John Galich Group

The former LA home of musician Anthony Kiedis has hit the market for $3.299m after a top-to-toe refurb by Aux Architecture.

Practice co-founder Brian Wickersham revamped the two-storey Hollywood Hills home, which was originally built in 1989 in a Spanish colonial style. Red Hot Chili Peppers’ frontman Kiedis bought the property in 1990 after the release of the band’s album Mother’s Milk, and lived there until 1997. But the house is almost unrecognisable from his time as custodian…

‘The home had previously undergone multiple owners and renovations,’ says the practice, resulting in what it calls a ‘mish-mash of architectural styles’.

Wickersham has retained 3120 Hollyridge’s angular roofline, designed to mirror the peaks of the surrounding mountains, and opened up its tiny windows to capitalise on views of the Hollywood sign to the north.

Its main living room and kitchen now feature motorised floor-to-ceiling glass walls that open to the outside garden and pool. Wooden floors have been paired with white walls and stone surfaces across the three-bedroom home, on the market via John Galich of Rodeo Realty.

The exterior has also gone from a sandy colour to a moody black, contrasting with its bright, museum-like interior spaces.

Bedrooms fill the upper level of the Los Angeles property while the master suite has vaulted ceilings, a freestanding bathtub and private balcony. Other perks include a two car garage, spa, Sonos sound system and freshly landscaped gardens.

Read next: 9 legendary musicians’ homes you can visit
An island refuge in Alaska is on sale for $2.5m