Property of the week: a loft inside a converted candy factory

This Toronto apartment is a sweet treat

An appetising apartment has come up for sale inside a former candy factory in Toronto.

Built in 1907, the building on Queen West started life manufacturing garments before it was bought by Ce De Candy Co in 1963. For 25 years, the company made its pastel-coloured ‘Rockets’ in the factory, before production was relocated to the suburbs in 1988, leaving it vacant.

A decade or so later, the building was converted into 12 Tribeca-style lofts, retaining many of its industrial features, including brick walls, exposed pipes, wooden ceilings and post and beam construction details. 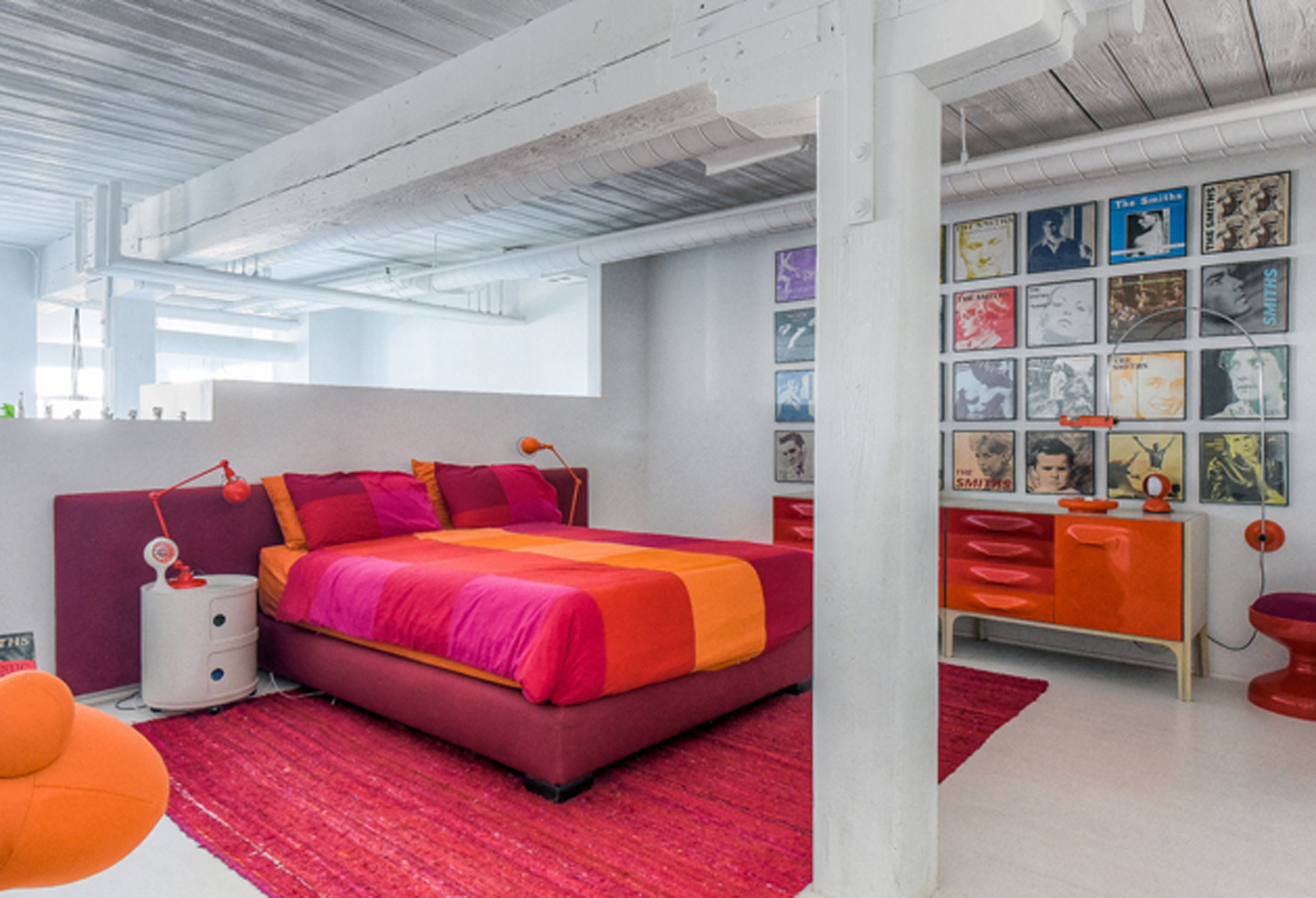 Designer Stephane Chamard and his partner bought a 1,477-square-foot loft on the fourth floor in 2013, and immediately set about updating the interiors, giving the wooden floors, ceilings, brickwork and rough-hewn posts a lick of white paint.

‘All the texture of the wood appeared,’ he told the Globe & Post. ‘Now it looks like a plaster sculpture and that appeals to me too.’

Custom cabinetry and shelving have also been installed in the one-bedroom apartment, along with partial walls that leave the 13 ft ceilings open while creating private areas.

The building – which overlooks nearby Trinity Bell Park – also has a separate guest unit, as well as private gym and concierge services.

It’s on the market for $1.1m CAD via agent Nick Whittington of Brad J. Lamb Realty.